D'Angelo's First Album in 14 Years Is Finally Here, and It's Surprisingly Timely

“All we wanted was a chance to talk / ’stead we only got outlined in chalk,” D’Angelo sings on his first album in 14 years, which was unveiled at a New York City listening session one day after an estimated 25,000 people in the same city protested police brutality against unarmed black citizens.

That song, “The Charade,” is one of 12 that appear on Black Messiah, the R&B icon’s first album since 2000’s Voodoo, which arrived at midnight on Monday. “There are a lot of narratives about D’Angelo’s career,” author Nelson George, the host of the event, said while introducing the album. “The man is speaking to the times we live in.”

Rumors about D’Angelo’s third album, which now arrives almost 20 years after his debut, Brown Sugar, have been stirring since at least 2005, with many false promises along the way. The Roots’ drummer Questlove, who deejayed the event (sponsored by Red Bull Music Academy and Afropunk) and worked on three of the album’s songs, called Black Messiah the “Apocalypse Now of black music.” D’Angelo’s manager, Kevin Liles, promised in June that an album was imminent. “There’ll be an album this year,” he told Billboard back then. “There’s 14 records so far, we might have a couple of bonus records, but all the recording is basically done and we’re mixing and mastering now. Definitely, he’ll be back.”

A 2012 GQ feature chronicled the singer’s struggles with addiction, his stalled career and his slow return to the spotlight. Only one of the new songs, “Back in the Future (Part 1),” appears to address his absence in any significant detail. Its lyrics reference “friends who turn their backs on you / reminiscing over what you’ve been missing” as well as his famous “Untitled (How Does It Feel)” music video, in which the singer appeared naked, filmed from the waist up: “I been wondering if I can ever again / So if you’re wondering about the shape I’m in / I hope it ain’t my abdomen that you’re referring to.” As D’Angelo’s figure started to outshine his music, the song, “sent him spinning out of control,” former EMI executive Gary Harris told GQ.

Though the first taste of the new album, “Sugah Daddy,” premiered this weekend, Black Messiah‘s official first single, “Really Love,” will hit radio tomorrow. Meandering and sonically dense — half of the record’s songs run more than five minutes — the album is recognizably D’Angelo even when his voice, rarely alone without layers and harmonies, experiments with different voices and twists itself into an almost cartoonish falsetto. Its rich sound, featuring notable guitar work from D’Angelo, can be attributed to its old-school analog origins — Grammy Award–winning engineer Russell Elevado, who worked on both Black Messiah and Voodoo, says the album was recorded on two-inch tape and is digital-free.

In a lyric booklet passed out at the event, D’Angelo explains the title of the record: 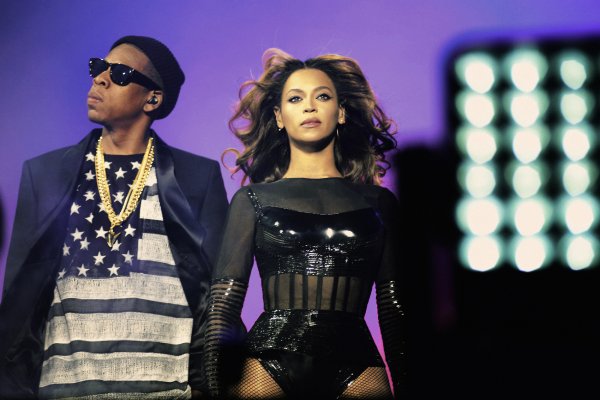 <i>Beyoncé</i>, One Year Later: What Have We Learned?
Next Up: Editor's Pick