The Best Places to Celebrate the New Year

For those trying to ring in the New Year first, getting to the tiny island of Kiribati in Micronesia will undoubtedly be a hassle. Auckland clocks in a close second, with thousands of locals congregating around the Auckland Harbour to watch as fireworks shoot from the city’s massive Sky Tower.

Taking a cue from New York’s Times Square, Bangkok’s Central World Mall has a 69-foot ball drop at midnight—but with an infinitely better climate and with Thai pop stars subbing for Dick Clark. It’s customary to make offerings of food, candles and flowers to monks at the nine sacred Buddhist temples, like Wat Phra Kaew and Wat Pho.

Wine lovers should get a kick out of Spain’s strangeNochevieja tradition of eating 12 grapes at the stroke of midnight—each grape ensuring good luck for the months to come. The ritual started in 1909, when Alicante wine makers needed to come up with a way to sell grapes they couldn’t use in production. Catalonians keep the tradition alive, then pop the corks on bottles of cava and dance at Plaza Cataluña.

Berlin hosts one of the largest New Year’s Eve fêtes in Europe, with more than a million visitors forming the Party Mile near the Brandenburg Gate. Freezing temperatures require a substantial amount of Champagne and dancing to stay warm while watching the city’s massive fireworks and laser shows.

As one of the world’s most opulent travel destinations, it’s hardly surprising that Dubai goes all out on New Year’s Eve, with a sea of two billion spectators gathering in front of the city’s towering Burj Khalifa skyscraper to watch as stunning pyrotechnics cascade from each floor of the 160-story building. This display follows a four-hour show of lasers, fire, water and music at the Dubai Fountain.

Edinburgh’s Hogmanay (or “last day of the year”) is such a big New Year’s event that it spans four days. A massive street party in Edinburgh’s city center is only part of the madness. Events include concerts, a Viking-led torchlight procession and the Scottish version of the Polar Plunge—called the Loony Dook—in the freezing Forth Estuary waters.

In India’s premier party city, the beaches of Anjuna, Calangute and Candolim are transformed with raves as revelers sip on the regional liquor feni (made with coconut or cashew-apple juice) and dance to electronic music until dawn.

Though New York celebrates New Year’s Eve 13 hours behind Hong Kong, the region drops a reproduction ball first at its very own Times Square Apple Countdown. The biggest party, however, takes place at Victoria Harbour: The city’s magnificent fireworks display shoots off from almost every skyscraper.

One of the world’s more unusual New Year’s destinations, Kitzbühel celebrates on New Year’s Day when instructors from the Rote Teufel ski school light their poles and entertain thousands with a daredevil ski show on the Hahnenkamm downhill race course.

Vegas puts on an even bigger spectacle than usual on New Year’s Eve, when the whole four-mile Strip shuts down to accommodate a massive outdoor bash complete with a blinding display of neon lights and fireworks from every casino. 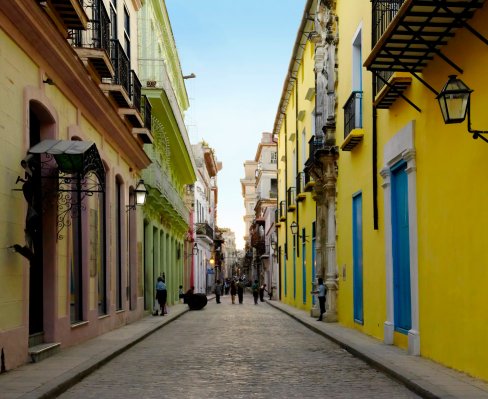