Don’t just throw the best people together. How members get along is far more important than their capacities as individuals.

What makes for smart teams?

How the team members feel about one another.

How well do they need to get along?

From The Ape in the Corner Office: How to Make Friends, Win Fights and Work Smarter by Understanding Human Nature:

Do people touch each other more if they like each other or does touching actually increase performance?

Can’t be sure but we do know one thing: “The teams that touched the most cooperated the most, and won the most.”

Via Subliminal: How Your Unconscious Mind Rules Your Behavior:

For creativity, mix it up a bit. The most creative teams are a mix of old friends and new blood.

A team is only as strong as its weakest link. Team trust is not determined by an average of the members, it’s at the level of the least trusted member:

Join over 145,000 readers. Get a free weekly update via email here.

6 Things The Most Productive People Do Every Day 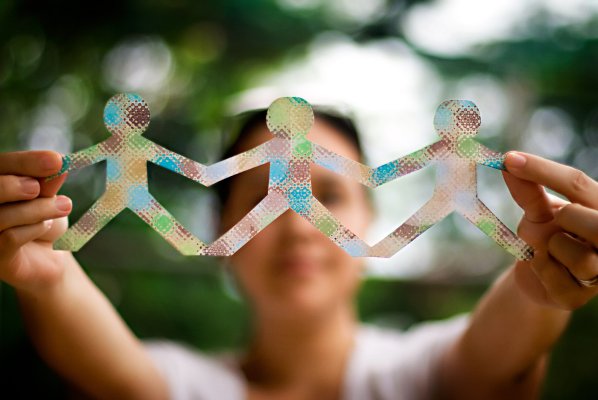 5 Secrets to Clicking With People
Next Up: Editor's Pick