This Superfan Spent $10,000 to Cover His Back with Simpsons Tattoos

Some people show their fandom by buying a box set or putting posters on their walls. For Michael Baxter, a prison officer from Australia, these empty tributes wouldn’t suffice. The 52-year-old says he has spent $10,000 and 130 hours to cover his back with 203 Simpsons characters.

According to the Daily Mail, Baxter hopes to snag the Guinness World Record for most having the most tattooed cartoon characters on his body. He’ll need to unseat Lee Weir of New Zealand, whose left arm is adorned with 41 tattoos of Homer Simpson. Baxter is grateful to his tattoo artist, Jade Baxter Smith, whose tattoo art also includes pop culture icons like Bill Murray and a Kill Bill-era Uma Thurman. “I’m happy for Jade to use me to promote her work,” he says, noting that he doesn’t mind if people photograph her masterpiece.

Baxter hopes for world record recognition on Dec. 17, which also happens to be the 25th anniversary of the premiere of The Simpsons. 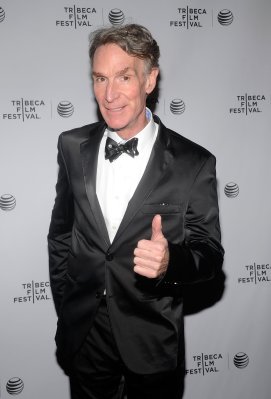