An Ultra-Orthodox Jewish man lights the candles of the fifth night of the Jewish holiday of Hanukah, in the ultra-Orthodox neighborhood of Mea Shearim in Jerusalem.
MENAHEM KAHANA—AFP/Getty Images
By Noah Rayman

You may have heard of the Christmas truce, when World War I soldiers on both sides of no man’s land left their trenches to chat, play soccer and exchange gifts with each other in the winter of 1914, a century ago this year.

Less well known is the Hanukkah truce of 1954.

That was the temporary respite in tensions between Jerusalem’s ultra-orthodox community and the city’s other Jewish residents.

At the time–and to this day–some ultra-orthodox residents of the conservative Mea Shearim neighborhood clashed with Jerusalem’s Jewish residents on the weekly Sabbath, a day when they believe Jews are forbidden from performing certain activities, including smoking, using a phone or driving.

In 1954, a series of attacks by ultra-orthodox Jews on drivers or people smoking publicly had put the city on edge, while members of the ultra-Orthodox community continued to protest drivers by taking to streets and parking lots and shouting “Shabbes” (Yiddish for Sabbath) and insults at drivers.

But as Hanukkah approached, as TIME reported in its January 1955 issue, a miracle of sorts occurred. A leading member of the ultra-orthodox community who had just been briefly locked up for his role in recent riots, Rabbi Abraham Blau, called for an end to violence ahead of the holiday.

“If I had my way,” Blau said, according to the TIME report, “every Jew who wishes to stand up against what he believes to be a desecration of his faith would demonstrate with his hands tied behind his back to prove he came in peace.”

Read TIME’s 1955 story about the holiday truce: Hanukkah in Jerusalem 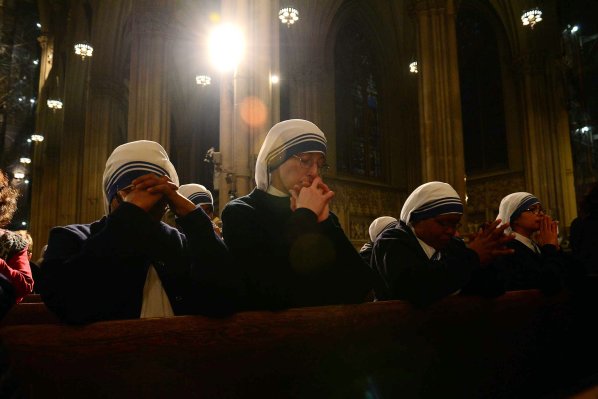 Vatican Report Finds U.S. Nuns are a Graying Workforce
Next Up: Editor's Pick