Free the Nipple! The Problem With How We Think About Breasts

If nothing else, Free the Nipple, the new comedic drama directed by and co-starring Lina Esco, and the corresponding movement, is catchy. The film, shot in 2012 and released Friday, is based loosely on a true story and follows a group of fictional New York City activists intent on exercising their right to bare boobs. The movement, launched online by Esco, has drawn famous fans, including Miley Cyrus, Lena Dunham, Scout Willis and other celebrities; on Instagram, there are more than 54,000 posts hashtagged #freethenipple.

The film isn’t simply about nipples, but about equality and feminism, Esco told TIME. “Being topless is what we had to do start a real dialogue about equality. This is not about being topless; this about equality, it’s about having that choice. A lot of people are not informed about the equal pay thing. Women still get paid 78 cents for every dollar a man makes, but very few people know about this. But if there’s a group of girls running around topless all over the United States rallying for equal pay, then it would be making headline news, don’t you think?”

While it isn’t necessarily obvious how Free the Nipple can help women in the workplace, what is clear is that the rules in many states about where women can and can’t go bare chested are seriously out of date. In 1992, activists were successful in getting New York state to allow women to go topless. Free the Nipple claims that toplessness is legal in 13 states, though the organization Go Topless puts the number at 33. It can be a murky legal area, because even where it’s legal, women can and do still get arrested. Last year, New York City police were even given a memo reminding them of the letter of the law.

Free the Nipple is part of a larger mission to reclaim women’s bodies, sexuality, and safety at a time when all are under attack in various ways. To claim that women shouldn’t have the right to be topless when men do is to put the burden of women’s safety and society’s well-being on women’s breasts, as if the public is simply too delicate to handle seeing nipples. “It’s a culture that, in fact, beats into women and men the notion that female bodies are exclusively sexual, even when acting in ways that would be innocuous and permissible for men,” wrote Jessica Blankenship in response to a woman arrested for an outdoor nude art photo shoot. It has also inspired pointed albeit tongue-in-cheek projects like the TaTa Top, a bikini designed to give women the look and feel of being topless while still being technically clothed.

Breastfeeding is a separate but related issue where breasts have come under fire. But even defenses of breastfeeding in public or posting photos of breastfeeding expose the problematic assumptions that women’s breasts shouldn’t be seen. At a nurse-in to protest London department store Claridge, which had told a mother to cover up while breastfeeding, one woman carried a sign reading “That’s what breasts are for, stupid.” Except that’s not what all breasts are for. They’re for whatever a woman wants to do with them. We shouldn’t need to glorify breasts (or women) in order to respect them.

The fact is, it’s still shocking, not to mention gutsy, when a woman dares to walk down the street topless, even in a seemingly shockproof city like New York. When Scout Willis did it earlier this year, to protest Instagram’s banning of an image featuring a jacket adorned with a photo of two topless women, people noticed. As she wrote on xoJane, “What I am arguing for is a woman’s right to choose how she represents her body — and to make that choice based on personal desire and not a fear of how people will react to her or how society will judge her.”

The plot of Free the Nipple is thin and powered by its political message (The New York Times called it “the cinematic equivalent of a billboard”), but I applaud the characters, who, like Willis, expose themselves and own that exposure. They are using their bodies consciously and explicitly to advance a cause. There’s a difference between Willis striding confidently down the street or the film’s activists wearing masks and protesting in Times Square and the way breasts are often used in advertising.

I’ve spent several afternoons topless in various New York City venues with The Co-ed Topless Pulp Fiction Appreciation Society and found myself marveling at how delightful it felt to revel in the sun shining on my bare skin on a hot summer day. Theirs is a social, not political, group, but one whose simple actions can have a similar kind of effect to the Free the Nipple movement. By normalizing toplessness, we’re taking away some of the cultural power that dictates women’s breasts can only be sex symbols, which is the kind of thinking that leads to schools banning visible bra straps.

The right to be topless doesn’t have to be about a larger cause. The bare facts should be enough. 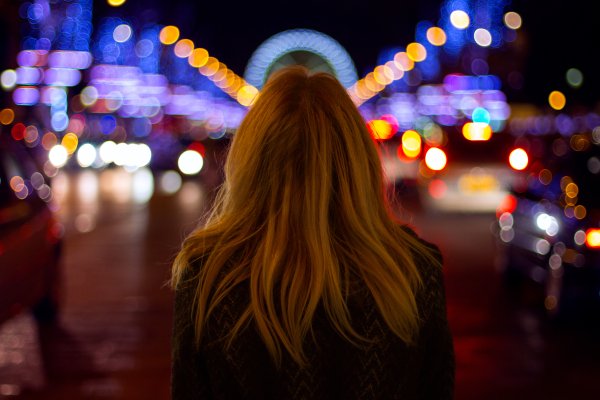 I Was Catcalled While Pregnant
Next Up: Editor's Pick