A soldier walks by Camp Delta, which no longer holds detainees, on Tuesday, Nov. 4, 2014 at the U.S. Navy base at Guantanamo Bay, Cuba in this photo approved for release by the U.S. military.
Miami Herald—TNS via Getty Images
Ideas
By Joseph Hickman
Joseph Hickman is author of the upcoming book Murder at Camp Delta and senior research fellow at Seton Hall Law Schools Center for Policy and Research.

The Senate Intelligence Committee’s report on the CIA torture program released Tuesday revealed many disturbing facts. Importantly, it exposed the lengths to which the CIA went to keep their brutal torture program a secret and the lies that they told to other branches of the U.S. government, the media, and the public about what they were doing, how they were doing it, and the intelligence they were getting from it.

This is not the first time the curtain has been pulled back on the CIA’s actions. Americans have spoken out against the torture program before and been punished for it. In the coming months, as the CIA tries to justify the program and paint its actions in rosier colors, it’s important to remember that because of the agency’s lies, men and women who spoke about the torture program were defamed, discredited, and even, in one case, imprisoned.

In a Harper’s Magazine article written by Scott Horton in 2010, I spoke out about three suspicious Guantanamo detainee deaths that were reported as suicides in 2006 by the U.S. government. I was a guard on duty at the time of the deaths and saw things that directly contradicted the government’s explanations. I believe the detainees were tortured and died at a CIA black site located on the base. Government officials and critics said the site was not a CIA facility, that I was lying, and that my story was “nonsense.” Some even called me a traitor and said I was dishonoring the men and woman in uniform. An investigation into the detainees’ deaths was conducted, but no one was ever charged. The results of the investigation only brought up further questions in my mind.

Almost four years after the government tried to discredit me in 2010, an Associated Press article revealed that the very site where I said the detainees died was in fact a CIA black site. Though I felt betrayed by my government and even punished for trying to report a war crime, others that have come forward and reported wrongdoings have experienced far worse than I.

In 2007, retired CIA Agent John Kiriakou became the first to report publicly on ABC News that the CIA was waterboarding detainees. In later interviews he called for national debates on waterboarding and asked Congress to address the issue. Afterwards, the CIA went after Kiriakou. They reported him to the Justice Department for leaking classified information and confirming the identity of one of the interrogators in the CIA torture program to a reporter (though the reporter never published the agent’s name). The Justice Department bought into the CIA’s lies and charged Kiriakou with violating the Espionage Act and the Intelligence Identities Protection Act. Out of money and fearful of serving decades behind bars, Kiriakou pled guilty to one count of passing classified information to a reporter and was sentenced to 30 months in prison.

The Justice Department stated Tuesday that they will not pursue criminal charges against anyone that was involved in the CIA’s torture program. Ironically, that decision makes Kiriakou the only person serving a prison sentence for the program.

As more is revealed about the torture program and the CIA tries to prove their patriotism, the American people have to ask themselves how much they can trust the CIA and who the real American patriots are. Is it the leaders in the CIA’s torture program and the government officials that lied to the public? Or are the real American patriots people like John Kiriakou, who spoke truth to power and reported injustices?

Joseph Hickman is author of the upcoming book Murder at Camp Delta and senior research fellow at Seton Hall Law Schools Center for Policy and Research. 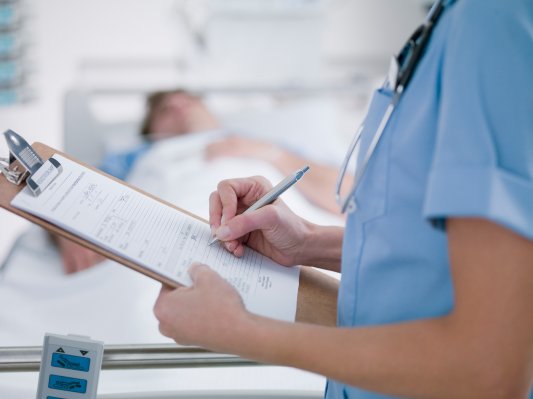 Obamacare Turned Our Health Insurance Into a Game of Musical Chairs
Next Up: Editor's Pick