Ferguson Protesters Try to Block Use of Tear Gas

An explosive device deployed by police flies in the air as police and protesters clash after tear gas was thrown on Aug. 13, 2014, in Ferguson, Mo.
Jeff Roberson—AP
By Alex Altman

A federal judge in St. Louis ordered local police to limit their use of tear gas after Ferguson protesters filed a complaint alleging their right to peaceful assembly had been violated.

Carol Jackson, a judge in the U.S. District Court of Eastern Missouri, issued a temporary restraining order Thursday after a hearing in which protesters argued they had been gassed without warning amid peaceful protests that erupted anew last month when a grand jury declined to indict officer Darren Wilson in the death of Michael Brown.

The ruling requires police to respect demonstrators’ rights to lawfully assemble and provide clear warning before resorting to the use of chemical agents. It represents a modest victory for the protest movement, which previously won a courtroom victory when a different judge ruled that a policy that required protesters to walk continuously was unconstitutional.

At the same time, the impact of the temporary order is limited. It applies only to Missouri, and leaves the definition of fair warning at the discretion of police. Another hearing was scheduled for next month, according to reports.

The suit argued that local law-enforcement leaders violated the constitutional rights of demonstrators who had peacefully gathered to protest the grand jury’s decision. It focused on an incident that occurred late on the night of Nov. 24, as the region erupted in the aftermath of the announcement.

According to court documents, protesters had gathered outside a St. Louis coffeehouse when officers ordered the crowd to vacate the street. “Without notice or warning,” the complaint alleges, police then began firing tear gas canisters at the crowd, some of whom ran into the coffee shop, which filled with gas. Several protesters were sickened by the fumes.

The suit was filed by six plaintiffs: four protesters, the store owner and a legal observer who witnessed the episode. Chemical agents like tear gas and smoke have been used frequently to disperse crowds during the demonstrations that have rocked the region since Brown’s death in August.

Police defended the practice and said there was no attempt to injure protesters.”We don’t go to tear gas right away. We said over a loudspeaker, ‘This is an unlawful assembly, please leave the area,'” Sam Dotson, the St. Louis police chief who was named as a defendant in the suit, told the Riverfront Times. “This is where people lose focus a little bit. When the order to disperse is given, it applies to everyone. People always say, ‘It’s not me, so I don’t have to leave.’ The challenge for law enforcement is that we don’t know who the good guys are or who the bad guys are, because the bad guys intermingle with the good guys.” 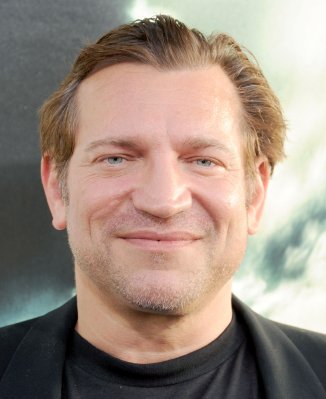 This Actor Was Accused of Skinning and Eating His Ex-Girlfriend's Rabbit
Next Up: Editor's Pick