Julian Assange has been stuck in the Ecuadorian Embassy in London for two and a half years, and the WikiLeaks founder apparently has a lot of time on his hands.

Assange is using the whistle-blowing website’s official Twitter account to fuel a funding drive for a life-size bronze public “monument to courage” featuring himself, Chelsea Manning and Edward Snowden, the Independent reports. The Italian sculptor Davide Dormino will stick bronze depictions of the trio on chairs with another empty seat beside them—that’s for the public, who can join the whistleblowers.

Some £100,000 is needed for the project, while just £19,360 has been raised on Kickstarter so far. The Kickstarter page says that the the statue “is not a simple homage to individuals, but to courage and to the importance of freedom of speech and information.”

Assange is wanted for questioning in Sweden over sex offense allegations, which he has denied. He fears that if he leaves that embassy, he’ll be extradited to the U.S. after his organization published classified military and diplomatic documents. 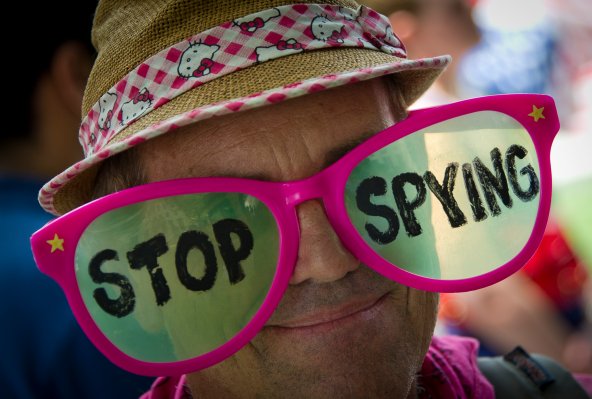