Disney has agreed to buy YouTube network Maker Studios in a deal that could be worth as much as $950 million.

Maker Studios enlists thousands of YouTube creators to post content related to video games, fashion, music and other topics on the video site. It then collects a portion of these creators’ advertising revenue in exchange for financial and promotional support.

Maker is one of several large multi-channel YouTube networks, featuring more than 55,000 channels generating upwards of 5.5 billion monthly views. PewDiePie, the most popular channel on YouTube with its more than 25 million subscribers, is part of Maker’s network.

“Short-form online video is growing at an astonishing pace and with Maker Studios, Disney will now be at the center of this dynamic industry with an unmatched combination of advanced technology and programming expertise and capabilities,” Disney CEO Robert Iger said in a press release.

The acquisition will cost Disney $500 million, but the price could climb as high as $950 million if Maker meets certain performance targets set by its new parent company. 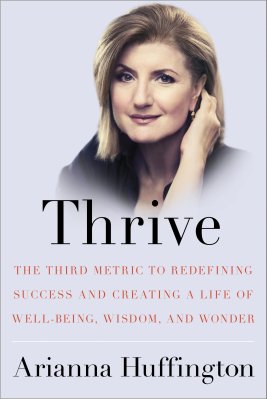 Arianna Huffington on the Key to Finding Success (Without Burning Out)
Next Up: Editor's Pick