In a note shared with the Post‘s newsroom, Executive Editor Martin Baron said du Cille, 58, had collapsed during a “strenuous hike” while returning from a village where he and a reporter had been working. He was first transported to a clinic and later to a hospital two hours away, Baron added, where he was pronounced dead. Du Cille had returned to Liberia two days earlier.

“We are all heartbroken,” Baron said. “We have lost a beloved colleague and one of the world’s most accomplished photographers.”

A graduate of Indiana University’s School of Journalism, du Cille won his first Pulitzer Prize in 1986 with the Miami Herald for his coverage of the 1985 eruption of Colombia’s Nevado del Ruiz volcano. Two years later, his photo essay on crack cocaine addicts won him a second Pulitzer.

In 1988, he joined the Washington Post as a picture editor. In his 26 years at the Post, he won another Pulitzer Prize – this time for Public Service, which he shared with reporters Anne Hull and Dana Priest in their exposé of abuses at Walter Reed Army Medical Center – and rose to the position of photography director before returning to the field in 2012.

In October, he was banned from appearing at a teaching lecture at Syracuse University after returning from Liberia, where he had covered the Ebola outbreak. “I’m angered by the decision and sorry not to get to teach,” du Cille wrote. “It was a disservice to journalism students at Syracuse, a missed opportunity to share real-world experiences with future media professionals. Especially now, I am cognizant of what I could have told them — about the power and necessity of capturing images that interpret the human experience while daily life unfolds under the cloud of Ebola.” 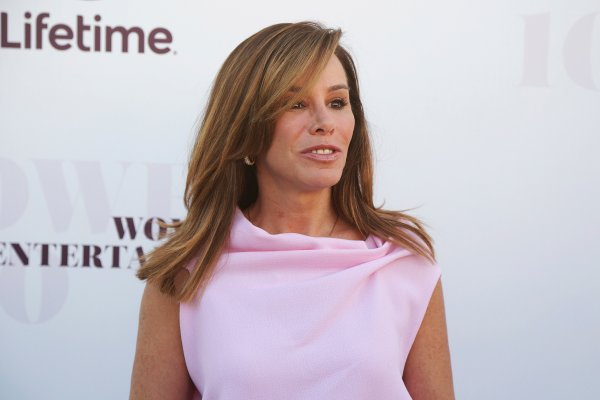 Melissa Rivers Speaks Publicly for the First Time Since Joan Rivers' Death
Next Up: Editor's Pick