What Reese Witherspoon Would Tell Her 20-Something Self

Who here doesn’t love Reese Witherspoon? She’s smart, she’s gorgeous, she’s related to one of the founding fathers of our country, (John Witherspoon) and she’s passionate about getting strong female characters on screen. This is evident in her latest film, Wild, which comes out this month. The 38-year-old Witherspoon is not only starring in it, but also producing it as well. “Other than one studio, literally one, nobody was developing anything with a female lead,” Witherspoon recently told The New York Times. So in 2012 she started a production company, Pacific Standard, focused on fixing this issue. Their first project was a little film you may have heard of called Gone Girl, and the second is Wild.

Witherspoon is already getting Oscar buzz (this would be number two) for her role as Cheryl Strayed in Wild. She plays a woman going through major struggles after losing her beloved mother. After spiraling into drug addiction and ruining her marriage, Cheryl decides to hike the very daunting Pacific Crest Trail–by herself. This is off the beaten path (very literally) from the typical romcom fare we’ve seen her in in the last few years (This Means War was good, Reese, but a little unrealistic).

MORE Why it Pays to Be a Good Girl (Thanks, Reese Witherspoon!)

Although Witherspoon seems like an invincible powerhouse today with her work in front of and behind the camera–and not to mention that she’s the mother of three kids–she was once an unsure-of-herself-20-something. She recently opened up to Glamour about what she would tell herself then, and it’s pretty golden.

“I don’t think I realized [in my 20s] that no one else makes you whole,” she continues. “You have to take responsibility for your own happiness. That took me until I was about 31 to know. It wasn’t easy to realize that, ‘Oh, wait, I’m purely responsible [for my life]‘—no relationship, no children, no nothing is going to make you a happy person. Every day you have to choose to find and cultivate your own happiness.”

For more insight into what successful people thought about in their 20s, read this. 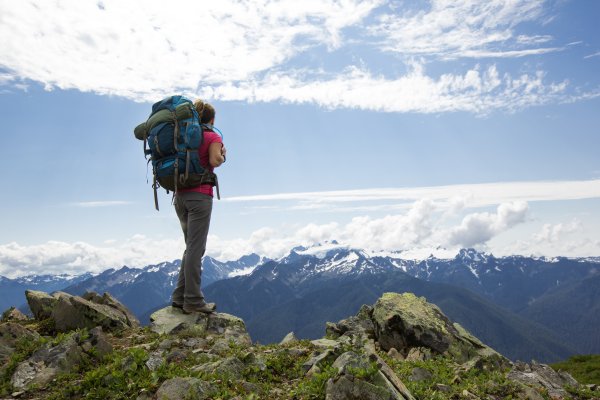 An Important Piece of Life Advice for Those 30 and Younger
Next Up: Editor's Pick