Here's Where to Watch Your Favorite Christmas Movies

One of the easiest ways to get in the Christmas spirit is to turn on a classic holiday movie. To encourage premium winter sloth, we made the process one step easier by compiling a list of where you can stream your favorite holiday films. Get on the nostalgia train with one of these Christmas classics.

This movie will make parents think twice before letting their kids sit on Santa’s lap. Billy Bob Thornton’s interpretation of a boozing, bawdy, con-artist mall Santa — he’s only in it so he can case stores for a planned heist with his elf sidekick — is pitch perfect in this dark comedy.

Watch on Netflix or Amazon

Jim Varney plays a bumbling Florida cab driver who transports a retirement-ready Santa around town as he hunts for his successor.

While putting on a live broadcast of A Christmas Carol, curmudgeonly TV execeutive Bill Murray finds himself living through Ebenezer Scrooge’s journey through Christmas past, present and future.

This 1947 classic is the quintessential Christmas movie. When a Macy’s department store Santa is institutionalized after claiming he is the real Kris Kringle, a lawyer has to prove that he’s the real deal. The film also features a young, skeptical Natalie Wood.

Michael Caine teams up with Kermit, Miss Piggy and the rest of the Muppets gang to take on Charles Dickens’ classic in this 1993 flick.

The Nightmare Before Christmas

In case you’re still nostalgic for Halloween, this animated Tim Burton masterpiece is two holiday movies in one. When Halloween Town’s Jack Skeleton accidentally finds a portal to a significantly merrier Christmas Town, he tries to bring the holiday over to his resistant neighbors.

While You Were Sleeping

This rom-com isn’t as flashy as Love Actually, but it’ll definitely make you feel all warm and fuzzy. Sandra Bullock plays a Chicago Transit Authority worker who saves a regular commuter she has a crush on from an oncoming train after he’s pushed on the tracks by thieves. After she’s mistaken for the now-comatose Peter Gallagher’s fiancé, Bullock plays the part when she is taken in by his boisterous family. Chaos ensues.

It doesn’t get more Christmassy than Bing Crosby and Danny Kaye singing Irving Berlin songs. This holiday 1954 holiday classic features Crosby and Kaye as two war buddies who, along with Rosemary Clooney and Vera-Ellen, entertain a group of soldiers by putting on a musical showcase. 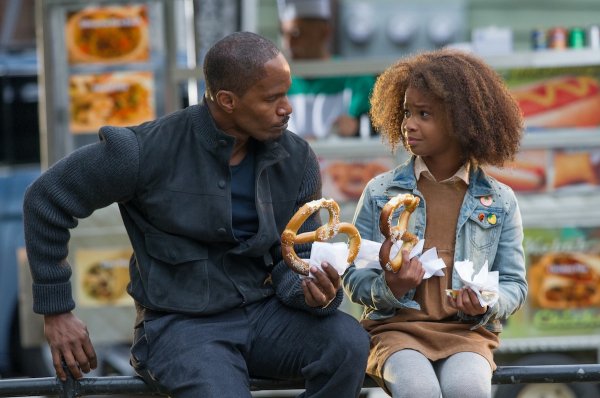 The Very Political History of Annie
Next Up: Editor's Pick