Protesters rallying against a grand jury's decision not to indict the police officer involved in the death of Eric Garner gather in Columbus Circle, Friday, Dec. 5, 2014, in New York.
Jason DeCrow—AP
By Josh Sanburn

The New York Police Department officer whose aggressive arrest of Staten Island resident Eric Garner led to his death has denied using an illegal chokehold to subdue him.

It was a take-down move, Officer Daniel Pantaleo has told NYPD investigators, and not a chokehold.

Pantaleo, whom a grand jury declined to indict in Garner’s death, has told NYPD internal affairs investigators that he used a takedown techniqueon Garner that he was taught in police academy.

(MORE: Here’s What a Chokehold Actually Is)

“He said he never exerted any pressure on the windpipe and never intended to injure Mr. Garner,” Stuart London, Pantaleo’s attorney, told CNN.

The video of Pantaleo taking down Garner as he tried to arrest the Staten Island man for illegally selling loose cigarettes led to protests and nationwide debates over police conduct and use of force. While a grand jury chose not to indict Pantaleo, he’s still subject to an investigation by the U.S. Department of Justice as well as an internal NYPD probe.

Since the grand jury decision, Garner’s last words of “I can’t breathe” have been widely used in demonstrations nationwide and in several other countries by protesters against police brutality. 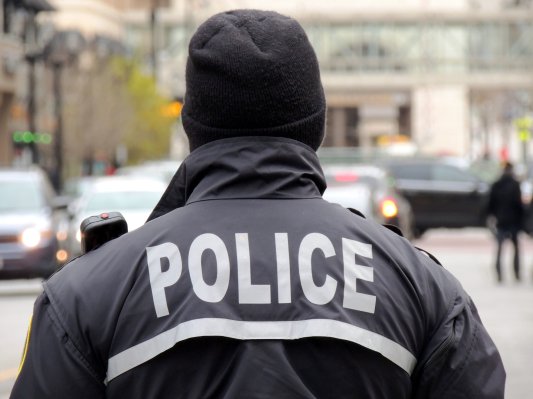 No Charges for Florida Cops in Deleted Files Case
Next Up: Editor's Pick