Here's the Perfect Word to Describe Watching The Hobbit

When The Hobbit: The Battle of the Five Armies is released on Wednesday, it will likely mark the end of Peter Jackson’s stint bringing J.R.R. Tolkien’s classic fantasy novels to the big screen. Fans of The Lord of the Rings and The Hobbit have been able to enjoy the films for over a decade now, and so the release of this sixth installment is likely to bring with it mixed feelings: happiness, finality, nostalgia.

It will be a combination familiar to Tolkien’s long-time fans, who encountered the same feeling as he wrote the books over the course of decades.

Those fans may also be familiar with a word that Tolkien coined decades ago to describe the feeling of something ending the way it’s supposed to: Eucatastrophe. (That’s the positive prefix Eu, as in euphoria, plus catastrophe.) Here’s how TIME described it in Tolkien’s 1973 obituary:

For one thing, the moment in The Hobbit that Tolkien himself identified as the most “eucatastrophic” is included in the section of the book that’s the source for this movie. There’s also the external eucatastrophe: for those who love the movie, there’s the consolation Tolkien describes, the joy of a tale coming to an end — and for those who don’t like it, there’s the consolation of knowing it’s over.

Read TIME’s 1966 article about the fad for all things Tolkien, here in the TIME Vault: The Hobbit Habit 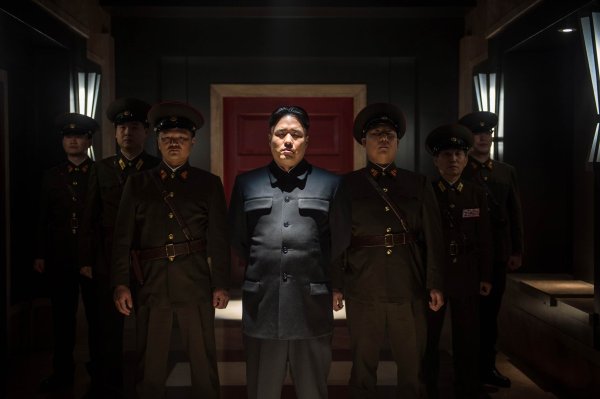 See 11 of the Worst Dictators Portrayed in Movies
Next Up: Editor's Pick