A bus passes through a flooded roadway on Dec. 11, 2014, in Mill Valley, Calif.
Eric Risberg—AP
By Tessa Berenson

The major storm moving through northern California is leaving a trail of power outages in its wake.

More than 21,000 PG&E customers were without power in San Francisco early Thursday morning, CBS reports, and there was no estimate of when the power will be restored. PG&E later said the outage was affecting more than 50,000 people.

The region is getting drenched by a storm that the National Weather Service predicted would be one of the area’s “strongest storms in terms of wind and rain” in five years. More than four inches of rain had already been reported in Sonoma County before dawn, the San Francisco Chronicle reports. 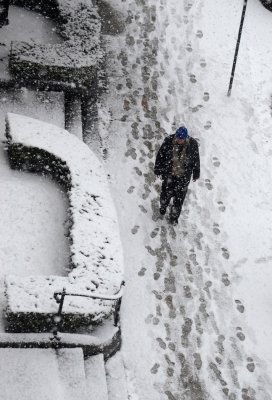 Both U.S. Coasts Being Battered by Big Storms
Next Up: Editor's Pick