Ohio’s Traffic Cameras May Be On the Way Out

Motorists drive past a sign warning of upcoming traffic cameras on Oct. 29, 2014, in Cleveland, Ohio.
Tony Dejak—AP
By Josh Sanburn

Ohio’s red-light cameras, which catch motorists speeding through intersections, may be switched off after state representatives approved a bill that would require traffic violations at intersections to be witnessed by officers first-hand.

The Ohio House voted 58-31 for the bill on Wednesday. It’s expected to pass the Senate and be signed into law by Gov. John Kasich.

Red light cameras around the U.S. are slowly losing favor as citizens have increasingly viewed them chiefly as a way for local and state governments to generate revenue rather than a true safety measure.

(MORE: Cities Have Found a New Way to Take Your Money)

The cameras hit their peak in the U.S. in 2012, when 540 communities utilized them. Since then, they’ve begun to lose favor, according to the Insurance Institute for Highway Safety. As of December 2014, 495 communities currently use them.

New Jersey legislators have also debated for months whether to get rid of the cameras altogether, and cities in Florida, California, Missouri and elsewhere are considering giving up them up after backlash from drivers.

Traffic cameras have gained a notorious reputation in the last few years. In Chicago, one of the biggest red-light camera manufacturers and operators, Redflex, has been caught in a bribery scandal in which the company allegedly provided money to city officials in exchange for contracts with the city worth $124 million. The city also recently admitted that its yellow lights were fractions of a second shorter than the three-second city minimum, allowing officials to net almost $8 million from an additional 77,000 red light tickets. 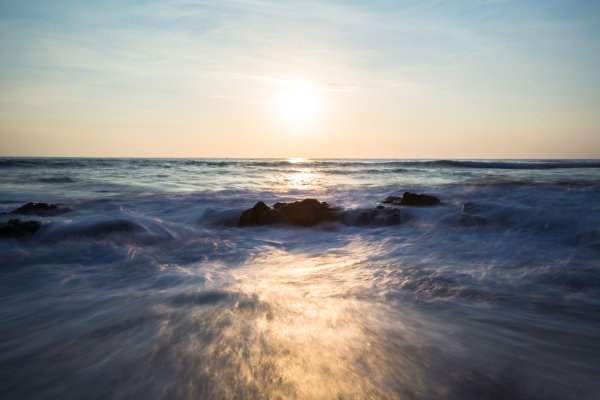 Man Found Alive After Twelve Days Adrift At Sea
Next Up: Editor's Pick