People cross over the walkway near the fountains on the campus of Bob Jones University in Greenville, S.C. on March 1, 2000.
Patrick Collard—AP
By Eliza Gray

A prominent Christian university in South Carolina apologized to victims of sexual assault and abuse Wednesday ahead of a report released Thursday that documented the school’s failure to adequately respond to their needs.

“On behalf of Bob Jones University, I would like to sincerely and humbly apologize to those who felt they did not receive from us genuine love, compassion, understanding, and support after suffering sexual abuse or assault,” university president Steve Pettit said in an address to students Wednesday. “We did not live up to their expectations. We failed to uphold and honor our own core values.”

The apology came in advance of a 300-page report published Thursday, drawn from interviews with some 40 victims of sexual abuse or sexual assault at Bob Jones university over four decades. The report paints a picture of an administration that failed to offer them appropriate counsel, and in some instances even made them feel at fault for their abuse.

The report was conducted by an independent organization, GRACE, a non-profit Christian group dedicated to helping the Christian community respond to abuse. “This comprehensive report contains painful disclosures by sexual abuse victims and strong language when describing the impact of the institutional responses to abuse disclosures,” GRACE said.

The report comes after months of scrutiny of colleges and universities across the country, as they try to grapple with mounting calls to reform the institutional response to campus sexual assault. 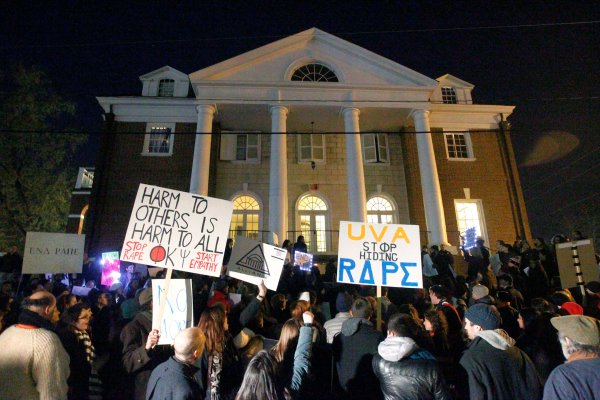