The Coolest Person of the Year

It is a great embarrassment that we here at TIME’s Coolest Person of the Year committee had never heard of Tulane associate professor Joel Dinerstein, who says he has taught a course for 17 years called the History of Cool and curated an exhibit of the 100 coolest Americans in history at the Smithsonian’s National Portrait Gallery this year. Considering how often the committee Googles itself and how similar the committee’s name is to Dinerstein’s, we really should have noticed.

But we are far more concerned that Dinerstein has never heard of TIME’s Coolest Person of the Year. Which means that while CPOY has become the definitive award of its kind–cited by Perez Hilton, the Huffington Post, Teen Vogue and the Google+ account we completely forgot we had–it hasn’t penetrated academia, which could be a pretty good gig for the committee when this journalism thing totally dries up.

So this year, we spent a lot of time kissing up to Dinerstein. We pretended to take notes when he told us that a cool person has to have at least three of four qualities: a signature artistic vision, rebellion, far-reaching fame and a cultural legacy. For 2014, Dinerstein suggested Jennifer Lawrence. In addition to starring in The Hunger Games, Lawrence gave an impressive response to the hack of her nude photos, placing the blame solely on those who looked at them. The committee wanted to ask Dinerstein if perhaps guilt was fueling his suggestion because he was one of those people, but it decided that was not the kind of question that lands a gig with summers off.

The committee ultimately decided that Lawrence has a bit too much enthusiasm to be the Coolest Person of the Year. We also considered the Pope and astrophysicist Neil deGrasse Tyson. We were impressed by the Pope, who likes exorcisms (cool), Patti Smith (one of the 100 coolest Americans of all time), talking about his days as a bar bouncer (crazy-cool), the Big Bang theory (cool until the CBS show) and living like a pauper (cool, we guess). And at a time when nerdiness is very cool, Tyson wears his effortlessly, sporting celestial-patterned vests. But there were no Popes or scientists on Dinerstein’s 100 coolest Americans list, so we vetoed them. It was only later that we discovered that no Americans have ever been Pope. The committee looks forward to getting tenure and having grad students do its research in the future.

So the 2014 Coolest Person of the Year is a man who went from uncool to cool simply by deciding to. A Texan who is both a football-loving frat boy and hippie-dippie spaceman. A man with a clothing line who doesn’t seem to own any shirts. A man with a brother named Rooster and a nephew named Miller Lyte. A man who wouldn’t stop talking even if he were talking about religion with the Pope or celestial-patterned vests with Tyson.

Yes, as Dinerstein pointed out, “he loses a lot of points for his Lincoln car ads,” in which he pontificates deeply about nothing. Sure, it’s dorky to quote yourself in your own movies, and O.K., he tries harder than a 1980s sitcom character to create catchphrases out of “All right all right all right” and “Just keep livin’.” And yes, that is kind of a windblown mullet.

But that’s also what makes Matthew McConaughey so cool. Whereas others turn on their old uncool selves, mocking their dumb hair, dumb movies and dumb getting-arrested-for-playing-naked-bongos-too-loud-while-they’re-stoned, McConaughey defends his work as Kate Hudson’s rom-com co-star and says he still bongos pantless. The only thing that has changed is his transition from actor to ack-tor. This amalgam of mystic nihilist genius, self-help idiot, sensitive artist and cocky bro is authentic–and apparently makes the elderly want to buy crossover SUVs.

I verified our decision with a hardcore theater geek who sees cool actors saunter through her singing-and-dancing world all the time. “Matthew is a top-quality human being–exactly who you’d want to be lost in space with,” says his extremely talented Interstellar co-star Anne Hathaway. “He is as down to duke it out in a tough scene as he is to mix the margaritas for the after-party. And you know he is going to do both brilliantly.” Nevertheless, I suspect that Hathaway would be pleased if McConaughey did some more enunciation exercises.

Dinerstein approved of our decision, even though the real coolest person, he decided, was tuxedo-wearing psychedelic soul singer Janelle Monáe. At the risk of jeopardizing our future, the committee thinks Dinerstein is trying way too hard to be cool. He could take a lesson from McConaughey. 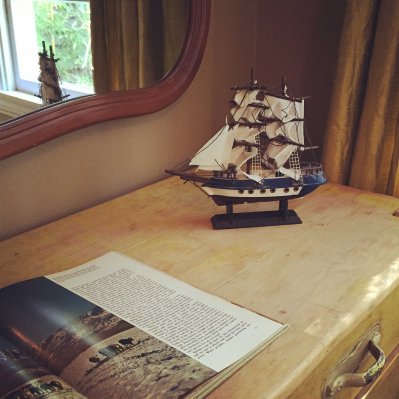 Inside the Weird World of House Staging Videos
Next Up: Editor's Pick