Why So Serious, Roger Goodell?

On Wednesday, NFL commissioner Roger Goodell proposed to owners a tougher personal conduct policy for the league’s players. And the owners accepted: the new policy, the league said, will “embrace” independent investigations of player conduct off the field. In order to herald the coming change, Goodell also participated in a front-page feature for the Wall Street Journal in what appears to be the latest of many attempts to reassert the commissioner’s reputation for seriousness.

Monica Langley, an admired reporter who usually profiles titans of industry like Steve Ballmer and Jamie Dimon, scored “a series of interviews over a period of weeks this fall as the commissioner was caught flat-footed in the unfolding controversy.”

Here are some excerpts, which Deadspin’s Tom Ley called an “attempt to turn Roger Goodell into Robert Kennedy navigating the Cuban Missile Crisis”:

More than any other person in the sports world, NFL commissioner Roger Goodell wishes to convey that he is a serious man. He is unfailingly humorless, both in his public appearances and his interactions with his players. He tries to look the whole package, too. He’s a workout freak, so he can never be an empty suit in the most literal sense, and he’s cribbed Clint Eastwood’s perpetual squint at trouble in the distance. In spite of the sport’s essential rowdiness, Goodell has always been that way—he once told FORTUNE that as a six-year-old he looked up to NFL commissioner Pete Rozelle.

The funny-as-hell thing about Goodell’s seriousness is that it’s a pose. A goofy, dopey, dishonest pose, one that frequently falls apart under the tiniest scintilla of scrutiny, be it a sympathetic player facing punishment or mounting medical evidence of the game’s longterm ravages. His seemingly careful moral calculus then gets laid bare as a PR strategy, and typically not a very good one, either.

This happened most recently less than three months ago, with the controversy over TMZ’s Ray Rice tape. NFL insiders had leaked to all the appropriate veteran reporters that league brass had investigated the matter thoroughly. As the story went, the league had seen the tape of what happened in the elevator and punished Rice appropriately, with a two-game ban. Then the tape came out, and Goodell then insisted publicly that neither he nor anyone at the league had ever seen it. He determined, too, that Rice now needed a stiffer suspension, which went from two games to a two-game ban he thought too lenient but wouldn’t adjust, to an indefinite suspension, to no suspension, at the behest of a retired federal judge who said Goodell had “abuse[d his] discretion.”

I’ve read the Journal piece over a few times, and I can’t tell whether it’s high satire—the Journal, in the driest tone imaginable, laughs at the transparent method Goodell employs in hopes of recreating an image he had to abandon on account of transparent phoniness earlier this fall—or just another too-credulous account of a lightweight commissioner. (An aside: It’s also hard to tell which details Langley got firsthand, and which came from sources, or what ground rules she may have agreed to in order to get access. It’s hard to imagine the most important detail to come from an all-hands crisis meeting at NFL headquarters concerned the pizza.) It looks a lot like the latter, owing to the accretion of these details and this passage, too:

For those of you scoring at home, that’s a non-defense of what would be a substantial lie for Goodell, if Rice is telling the truth. But he’s allowed to brush it off as nonsense from a disgraced couple. These are the perks, apparently, of being a very serious man. 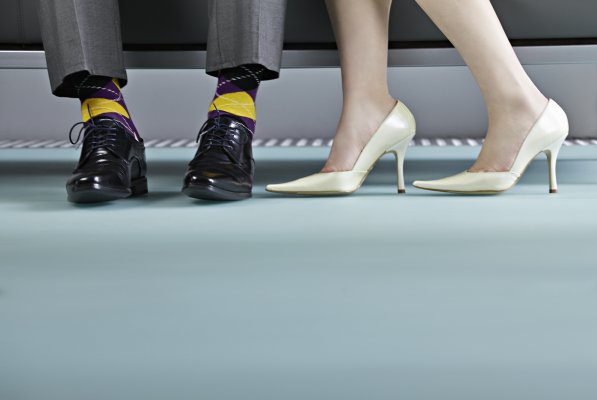 Holiday Party Hookups Are Good for Employees--And None of HR's Business
Next Up: Editor's Pick