The 10 Most Surprising Breakout Hits of 2014

There were instances in 2014 where it was easy to forecast this year’s biggest radio hits — we all heard Pharrell’s “Happy” and wanted to hear it again, and only the staunchest T-Swift opponent would have incorrectly bet against “Shake It Off.” On the other hand, who could have predicted a Norway-born Afrobeat song and Canadian-grown reggae song to be among the summer’s most inescapable singles? Could anyone have seen Bobby Shmurda or Tove Lo coming? The majority of the year’s most enduring hits were difficult to see coming because many of their creators were unknowns working outside of traditional pop songcraft.

Check out our picks for the 10 most unexpected breakout hits of 2014, all of which entered the Top 20 of the Hot 100 chart over the past year. Which ones, if any, did you see coming a mile away? Let us know in the comments section below.

Years from now, we will all look back on 2014, scratch our heads in unison, and collectively bellow, “How did a Canadian reggae-pop group dominate the second half of a summer?” A few months later, it’s still hard to say. Let’s just chalk up MAGIC!’s nearly two-month-long run atop the Hot 100 chart as the coalescing of several unstoppable hooks in a ditty about flipping off your bride-to-be’s grumpy dad. “Rude” didn’t sound like anything else this year, and no one saw it coming — but that was half the fun of its takeover.

Unknown rappers bubble up with white-hot beats and massive hooks all the time, but few escape urban radio and captivate the mainstream quite like Bobby Shmurda has done in 2014. “Hot Boy” (or “Hot N—a” if you’re all about that unedited life) has no chorus to speak of, but its life as a Vine phenomenon, the viral-ready Shmoney Dance (performed by Beyonce at a stadium concert), countless remixes (Juicy J, T.I. and, Jeezy among the culprits) and (most importantly) Shmurda’s ballistic flow over Jahlil Beats’ production turned the song into a Top 10 hit on the Hot 100 chart. As Bobby’s heroes reworked his hit, they looked up at his chart placement and crossover success, and must have felt a twinge of jealousy.

Ten years after winning a Tony for her performance in “Wicked,” Broadway vet Idina Menzel introduced herself to an entirely new audience thanks to her work inFrozen, including the soaring anthem “Let It Go.” A Disney movie hasn’t produced a durable Top 10 hit in years, and even though “Let It Go” was an instant classic, Menzel’s ice-queen ode had to compete with a single version of the song from Top 40 staple Demi Lovato. Still, listeners preferred Menzel’s original take on the song; whether you call her Idina Menzel or Adele Dazeem, you’d have to call her one of 2014’s most shocking success stories.

House aficionados and casual dance fans have been celebrating the U.K. electronic duo Disclosure nonstop, and “Latch,” their stunner with Sam Smith, sounded like a smash from the get-go. However, “Latch” was also released in… October 2012. Who could have predicted the single creeping onto U.S. radio a full year after Disclosure’s debut album, Settle, was released? Better yet, who could have foreseen “Latch” reaching the Top 10 of the Hot 100 in July 2014, becoming a bonafide stateside hit after a sloth-like infiltration? When “Latch” was released, Mitt Romney still had a shot at the U.S. presidency. Somehow, it became a defining song of 2014.

Speaking of songs released in 2012 that became Top 10 hits this year, French indie-pop artist Soko became an all-time chart-stat-of-the-week answer when her somber song “We Might Be Dead By Tomorrow” soundtracked a YouTube viral video titled “FIRST KISS,” which featured a bunch of strangers making out with each other (poignantly, of course) and took off online upon its March release (current YouTube views: 93.8 million). With 11.5 million U.S. streams in one week, “We Might Be Dead By Tomorrow” blasted in at No. 9 on the Hot 100 chart… and then plummeted off the chart in the following week, making the single the first song ever to fall off from the Hot 100 from inside the Top 10. Soko may never return to such heights, but she’ll always have that one week.

Charli XCX… with a solo hit?! Sure, the U.K. songwriter has been featured on Top 10 smashes from Icona Pop and Iggy Azalea, but fans of her blunt, offbeat pop stylings could not have foreseen Charli sashaying into the upper reaches of the Hot 100 on her own in 2014. And yet, “Boom Clap” was the onomatopoeia-filled fever dream we needed this year, and the one Charli needed to establish herself as a bankable leading lady. How surprising was this hit? Charli XCX’s record label, Atlantic, pushed back the release of her sophomore album Sucker due to the unexpected single success.

DJ Snake & Lil Jon, “Turn Down For What”

French producer DJ Snake initially created “Turn Down For What” with a Redman sample, and eventually brought it to Lil Jon — the King of Crunk in the mid-00’s — to add some vocals. Lil Jon shouted four words and started a career reinvention, revisiting the upper reaches of the Hot 100 for the first time in years and adding a current hit to his catalog of “Get Low’s” and “Yeah’s.” Even if Lil Jon never gets turned up again on pop radio, it sure was nice to have him unexpectedly return.

“I eat my dinner in my bathtub/Then I go to sex clubs/Watching freaky people gettin’ it on,” begins a Top 5 hit on the Hot 100 chart. Swedish import Tove Lo probably would have been happy hypnotizing indie-pop fans with the same lack of American radio support as countrywomen Robyn and Lykke Li, but “Habits (Stay High)” was a strange, searing smash, peaking at No. 3 and providing new fans a gateway to her riveting debut album, Queen of the Clouds. Forget the indie circuit — Tove Lo is currently opening for Katy Perry overseas, and has had millions of pop fans cooing her dark admissions for months.

Two Norwegian artists, both former rappers, decided to turn to Afrobeat and subsequently conquered the world. Nico & Vinz approached “Am I Wrong,” a busy pop song about reaching toward unknown heights, with total sincerity, and after becoming a smash in Europe, U.S. listeners quickly embraced the song. “Am I Wrong” became one of the biggest songs of summer 2014 — and no, that’s not just how I feel.

A Drake co-sign and remix can serve as a fast-track to a breakout moment (see: MIGOS with “Versace”), but “Tuesday,” from Atlanta rapper-singer iLoveMakonnen, is not your typical club anthem designed for a flashy Drizzy guest spot. “Tuesday” is a woozy, insular R&B track from a total unknown who escaped poverty thanks to a delicate voice and keen ear for production. In August, Drake reached out to Makonnen Sheran and asked him to send over the “Tuesday” beat; together, the unlikely pair has brought their heartfelt croons into the Top 20 of the Hot 100 and lit up clubs seven days a week. 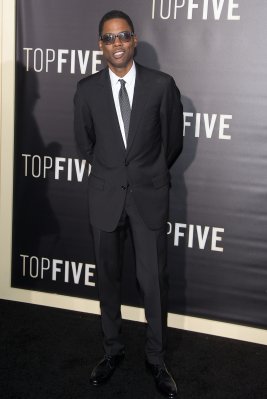 Chris Rock and Questlove Talk the Greatest MCs of All Time and Collaborating on New Movie Top Five
Next Up: Editor's Pick