You Can Now Use Pac-Man As Your Android Watch Face

Dozens of custom Android Wear watch faces will soon be available for download on the Google Play store.
Google
By Victor Luckerson

Months ahead of the Apple Watch’s launch, Google is making moves to diversify the smartwatches of its own.

Designs based on brands as varied as Porsche, Pac-Man and Rebecca Minkoff will now be available to give each user’s watch its own look. The faces will be functionally distinct as well, with some presenting additional data such as weather forecasts, altitude readings and calendar information.

There will be 46 new faces available at launch. That number should increase quickly, however, as Google is also releasing a Watch Face API that will let developers create custom faces and offer them on the Google Play store for free or for a fee. A new Android Wear companion app will let users easily download and switch between faces.

This focus on “increased diversity,” as Android Wear product manager Jeff Chang puts it, echoes a recent “be together, not the same” marketing campaign Google launched for the Android brand as a not-too-subtle dig at Apple’s uniform gadgets. There are currently six different Android Wear devices on the market, with more in the works.

“We want to enable users to have a lot of hardware choices,” Chang says. “That’s what we’re focused on. Letting people wear what they want.”

Chang wouldn’t disclose any sales figures for the Android Wear devices, but a recent report by research firm Canalys estimated that Motorola’s Moto 360 is the best-performing of the bunch, selling around 750,000 units during the third quarter of 2014.

In addition to custom watch faces, the new update brings some functional improvements to Android Wear. Recently used apps will now appear on the watch face, and users will more easily be able to bring back info cards they accidentally dismiss from the screen. There are also some new lighting modes for different situations, including a theater mode that keeps the screen off while you’re at the movies and a sunlight mode that temporarily boosts maximum screen brightness.

Users will also be able to customize the app notifications that appear on the watch if the device is paired with an Android phone running the new Android Lollipop operating system.

The updates will hit Android Wear devices over the coming week. 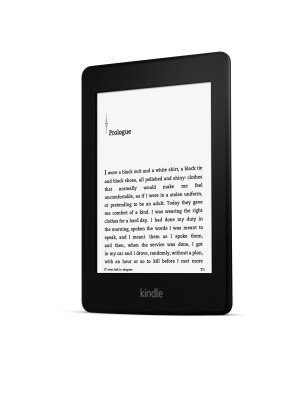 This Is the Best E-Book Reader You Can Buy
Next Up: Editor's Pick