7 Things You Didn't Know About Gone With the Wind

When the movie of Gone With the Wind premiered in Atlanta 75 years ago — on Dec. 15, 1939 — it made news far beyond Hollywood. The movie scored the cover of TIME, with coverage of the city of Atlanta and an in-depth look at how the movie came to be.

Though die-hard fans of “G with the W” — as 1939’s cinema moguls referred to the picture — may think they already know everything there is to know about the film, here are a few of the more surprising facts from TIME’s cover story:

The day of the premiere was a statewide holiday in Georgia. The state’s Governor prepared to call out the National Guard for the event, and the mayor of Atlanta decided that, within the city, the festivities would last three days. He also took it one step further, asking Atlantans to dress up for the occasion: “Mayor Hartsfield urged every Atlanta woman and maid to put on hoop skirts and pantalets, appealed to every Atlanta male to don tight trousers and a beaver, sprout a goatee, sideburns and Kentucky colonel whiskers. He also requested citizens not to tear off the clothes of visiting movie stars, as happened in Kansas at the premiere of Dodge City.”

Hundreds of thousands of people came to watch the stars arrive in Atlanta — in fact, TIME reported, the crowds (an estimated 300,00 fans) were bigger than the combined armies at the Battle of Atlanta in 1864. The masses tossed confetti as Vivien Leigh, Laurence Olivier, Clark Gable, Gable’s wife Carole Lombard and producer David O. Selznick made their way into the city from the airport.

At the time, it was the third most expensive movie ever made. Gone With the Wind cost $3.85 million to make, which was less than only Ben Hur ($4.5 million) and Hell’s Angels ($4 million). That’s about $66 million in today’s money, which is significantly less than the typical production budget for today’s major blockbusters. (Avatar reportedly cost about $425 million; $65 million is closer to the cost of Lincoln.) Gone With the Wind was also one of the longest movies ever made, though its roughly three hours wasn’t that long considering the first draft of the script would have run nearly twice as long.

Producer David O. Selznick bought the film rights to the book without having read it. Kay Brown famously sent Margaret Mitchell’s novel to Selznick with a note urging him to buy it, but TIME reported that when he read the synopsis and saw that it was a Civil War story, he decided against it. He had recently made an unsuccessful Civil War movie called So Red the Rose and didn’t want a repeat. But, when the chair of his company’s board offered to put up the money, Selznick went ahead and bought the rights. He read it within a week while on a trip to Hawaii.

The movie was finished filming before the script was done. The process of turning an epic novel into a normal-length movie without disappointing fans meant that there were many, many drafts. In fact, there were so many drafts that, according to TIME, “when the filming was practically complete the last day’s call sheet read: Script to come.” Part of the reason shooting the movie ended up taking a long time was that the actors had to wait for the script to be finished as they went along.

The “city” used for the burning of Atlanta was made up of 20 years’ worth of old movie sets. It was almost exactly a year before the premiere — Dec. 11, 1938 — that Selznick had the old sets in his studio’s back lot doused with kerosene and lit on fire, with a painted flat of an Atlanta scene in front of them.

The process of casting Scarlett O’Hara went on for years — but Vivien Leigh knew about the part earlier than most. It was a calculated decision by Selznick to wait a few years after the book’s release to get going on the movie, and in that time ideas for casting Scarlett were all over the place. There was even a play about the question, which TIME reports ran for two months before the answer came in the form of Vivien Leigh. Though Leigh met Selznick after the first scenes of GWtW were filmed, apparently she’d had it on her radar for a long time. “British Director Victor Saville, now in Hollywood, read one of the first copies of Gone With the Wind to reach England,” TIME reported. “As soon as he had finished it, he rushed to the telephone and mischievously called Vivien Leigh. Said he: ‘Vivien, I’ve just read a great story for the movies about the bitchiest of all bitches, and you’re just the person to play the part.'”

Read the full 1939 article, here in the TIME Vault: G With the W 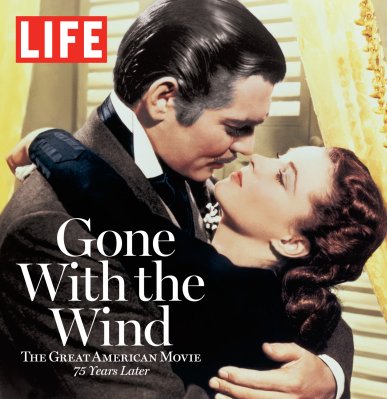 What Is It About Gone With the Wind That Still Enchants Us?
Next Up: Editor's Pick