Apple and IBM announced the availability of the first made-for-business apps designed for iPhones and iPads on Dec. 10, 2014. The apps include Passenger+ (above), which allows airline flight crews to offer personalized, in-flight services to passengers.
Courtesy of IBM/Apple
By Jack Linshi

The fruits of the unexpected Apple-IBM partnership are finally coming to bear, as the companies announced Wednesday the first batch of made-for-business IBM apps designed exclusively for Apple devices.

IBM’s new iOS apps draw on Big Blue’s big data capabilities to give companies in various sectors — banking, retail, insurance, finance, telecom, airlines and government — specific tools to improve their efficiency and communication, according to an IBM press release. The apps are made possible by an “unprecedented collaboration between Apple and IBM,” the statement said.

While the Apple-IBM partnership turned heads when it was announced in July, it makes plenty of sense for both companies. The enterprise device market has historically been dominated by flagging Apple rival BlackBerry, though Apple has made considerable headway there over the last few years. IBM, which has top-notch bona-fides in the business world, should help Apple accelerate its enterprise advancements. IBM, meanwhile, gets a chance to ride on Apple’s success in mobile, a space BlackBerry is also eyeing to offset its lost ground in hardware.

“The business world has gone mobile, and Apple and IBM are bringing together the world’s best technology with the smartest data and analytics to help businesses redefine how work gets done,” said Philip Schiller, Apple’s Senior Vice President of Worldwide Marketing.

The 10 apps include Passenger+, which “empowers flight crews to offer an unmatched level of personalized services to passengers in-flight – including special offers, re-booking, and baggage information,” and Pick & Pack, which “combines proximity-based technology with back-end [retail] inventory systems for transformed order fulfillment.”

The apps are not available on the App Store, and instead will be customized and deployed by IBM Business Partners, an IBM spokeswoman said. They will be offered on a per-device, per month-subscription model billed annually, with discounts available for special terms or volumes. 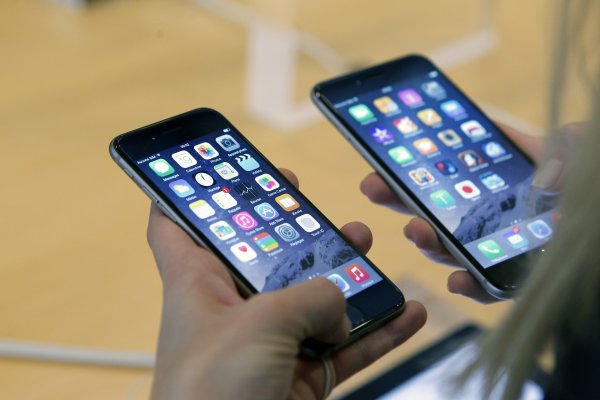 The Best iPhone Apps You Should Download This Week
Next Up: Editor's Pick