Wednesday is set to be a $1 billion day for early education, with the White House announcing major investments in expanding education access for America’s youngest.

At the White House Summit on Early Education, President Obama will announce $750 million in federal grants that will support early learning opportunities for over 63,000 children in the U.S. A little over $200 million of those funds will go directly to 18 states looking to improve their early education programs via preschool development grants, a competitive funding program that helps states improve and expand early learning programs in communities with the greatest need .

Nearly $500 million worth of grants will go to support Early Head Start and Child Care Partnership programs, that bring together Head Start programs and child care providers to make care and learning for babies and toddlers more readily available.

Senior administration officials said Wednesday early education has long been a priority of the President’s, given the impact a strong start has on a kid’s educational outcomes. President Obama has been vying for federal action on early education since his 2013 State of the Union address when he called on Congress to expand access to high quality preschool to all American kids. He made a similar call in 2014 and has repeatedly requested funding for his 10-year, $75 billion program that would boost early ed options for low and middle income 4 year olds. Yet, while early education is largely a non-partisan issue, Congress can’t agree on how best to approach it.

Currently, less than a third of 4-year-olds are enrolled in a state funded preschool program, according to the National Institute of Early Education Research. The Organization of Economic Cooperation and Development says the U.S. ranks 28th out of 38 countries in 4-year-old preschool enrollment.

On a press call Tuesday, Secretary of Education Arne Duncan called providing access to quality early education “the most important single step we can take as a nation to secure a bright future for our nation’s children.”

The Obama administration is also joining with companies, philanthropists and business owners who have made commitments to early education totaling $333 million through the launch of a new campaign called Invest in Us. The campaign, developed in partnership with the early learning advocacy group First Five Years Fund, is aimed at getting more private sector folks investing in early education.

So far, money has come from Lego, Disney and the J.B. and M.K. Pritzker Family Foundation.

“Invest in Us partners believe that achieving the promise of a better nation can only be accomplished when we all contribute toward building programs that build strong children starting at birth,” said Kris Perry, executive director of First Five Years Fund on Tuesday. 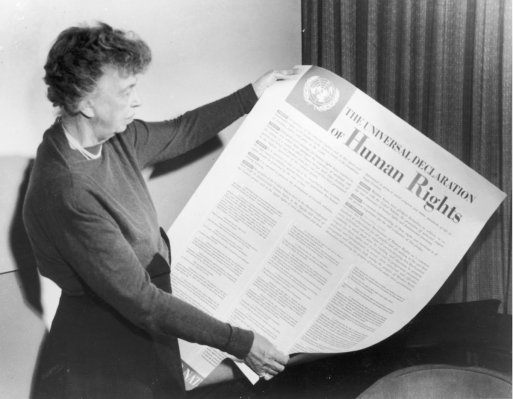 This Is What Ken Burns Neglected to Tell You About Eleanor Roosevelt
Next Up: Editor's Pick