The War on Leggings Gets Political

Students across the country have been protesting school dress codes that they say slut-shame young girls. Now politicians are doing the same.

Critics are saying the new dress code for the 2015 Montana Legislature (which applies to lawmakers, reporters and staff) is too strict on women. The guidelines say no leggings, no open-toed sandals, and no casual dress even on weekends. The memo to staffers also noted that women should be “sensitive to skirt lengths and necklines.

“That phrase is right out of the 19th century as far as I’m concerned,” incoming House Minority Whip Jenny Eck told the Missoulian. “Women can be trusted to get up in the morning and dress appropriately. How would it be enforced? Would the sergeant of arms be the clothes police checking our skirt lengths and cleavage?”

The argument is similar to the one made by middle and high school girls who are told by their teachers that items like leggings are “too distracting.” Dress codes tend to demand that girls cover up, rather than teaching boys (or in the case of the legislature, men) learn to not ogle women. The rules, as one teen in Illinois argued, are “giving us the impression we should be guilty for what guys do.” 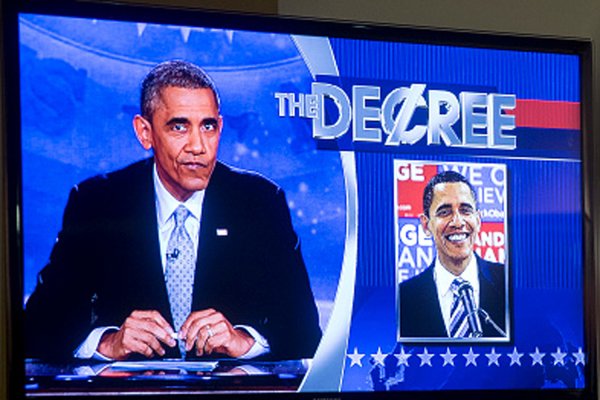 Watch President Obama Take Over 'The Word' on The Colbert Report
Next Up: Editor's Pick