When it comes to treating cancer, the common approach is often “more is better.” Throwing everything medically possible at growing tumors can keep them from spreading and, most important, help patients survive their disease.

But in a paper appearing in JAMA on Dec. 10, researchers say it’s time to rethink that strategy. They found that women with early stage breast cancers may not need the usual seven weeks of radiation therapy after surgery to remove their tumors. Instead, a three-week course with higher intensity radiation can be just as effective.

“The fact is, more is not always better in cancer care,” says the study’s lead author Dr. Justin Bekelman, assistant professor of radiation oncology, medical ethics and health policy at Penn Medicine’s Abramson Cancer Center. “Often less is just right. But the challenge in cancer care is that way of thinking is not where we are today.”

MORE: No More Chemo: Doctors Say It’s Not So Far-Fetched

It’s a challenge, he says, because it goes against the intuitive idea that hitting tumors with more radiation or chemo is going to have a better chance of killing them and preventing them from spreading. But in recent years, data is showing that in some cases, there are alternatives that could be just as effective but easier on patients and even less expensive. As four trials have demonstrated, shorter regimens can result in similar survival as the longer course of radiation. Bekelman and his colleagues wanted to know how many women were picking up the shorter regimen.

The researchers analyzed records from 9 million women provided by Anthem, Inc. Among them, more than 15,000 were diagnosed with early stage breast cancer and had surgery to remove their tumors followed by radiation. While rates of shorter course radiation did increase from 11% in 2008 to 34.5% in 2013, that percentage still represented only a third of the women who could have taken advantage of the shorter radiation treatment.

MORE: Removing Both Breasts May Not Improve Survival From Breast Cancer

Why the reluctance to adopt the therapy that takes less time and allows women to return to their normal lives sooner? “I think physicians are much more comfortable with the longer treatment,” says Bekelman, “I wonder to what extent physicians are engaging with their patients to discuss the pros and cons of treatment schedules because they are so comfortable with the longer treatment.”

One reason they might favor the longer therapy is because they are concerned about potential side effects from the higher intensity radiation exposure in the shorter regimen. That can result in scarring and adverse effects for women decades later, he says.

That might explain why more younger women chose the longer, traditional radiation regimen, since they and their doctors may have been more concerned about scarring in their breast tissue later.

But the studies on the shorter course treatment include follow up with women up to 10 years after their therapy, and there’s no strong evidence that such adverse effects occur.

In addition, the women choosing the shorter course spent about 10% less in the first year after their treatment than those who opted for the traditional radiation regimen. “The savings in patient time and hassle and spending were really large, so it was a little surprising that more women weren’t using the [shorter course] of radiation,” says Bekelman.

Having data might help, he says, to convince both doctors and patients that when it comes to radiation, less may actually do more — in saving lives, reducing anxiety and inconvenience, and lowering health care costs. 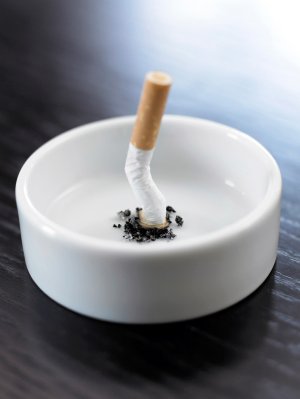 Why Smoking Kills More Men Than Women
Next Up: Editor's Pick