The “honest trailer” for Marvel’s Guardians of the Galaxy is more of a jab at Marvel than it is a roast of the movie itself. Suggesting that the movie was the product of the production company scraping “the bottom of the barrel for the obscure ‘70s comic book that barely anyone read,” the team at Screen Junkies calls it “Marvel’s attempt at Star Wars” and “Marvel Space Avengers.”

The video points out how similar the Guardians characters are to other Marvel characters (Drax and Thor, Groot and the Hulk, Rocket and Iron Man), but concedes, “It’s technically not stealing if they’re ripping off themselves.”

The mockery is all in good fun. Even the narrator pauses for a moment to admit, “We’re really reaching here. This was a fun movie.” And for all the grief the video gives Marvel, its creators maintain the superiority of its comics. “What are you gonna do,” the narrator asks, “watch DC?” 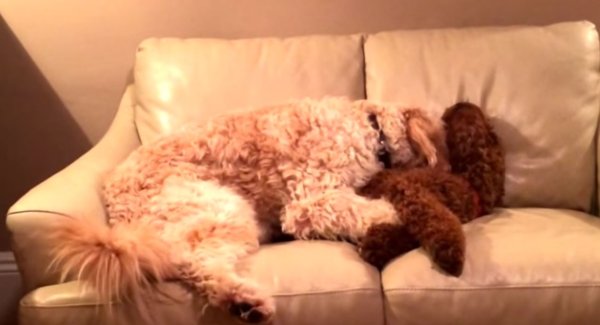 This Dog Comforting Another Dog Having a Bad Dream Will Warm Your Cold Heart
Next Up: Editor's Pick