Exodus and the True History of Moses

It’s high season for movies that are based on historical figures–Selma and Unbroken are among the most prominent this year. For many believers, add to that list Ridley Scott’s new take on the story of Moses and Egypt’s Pharaoh, Exodus: Gods and Kings, which arrives in theaters Friday — even though, as my colleague Elizabeth Dias has pointed out, the movie doesn’t exactly stick closely to the Bible’s telling.

In 1974, TIME devoted a cover story to the question of whether there was any evidence that the biblical tale is in fact based in fact. Though the headline proclaims that “The Believers Gain” and though several biblical details had by then been confirmed with archaeology, those who hoped for historical evidence of Exodus’ truth would be disappointed by what the story reported:

About two decades later, in 1995, the magazine revisited the topic of biblical facts, in light of several discoveries, which had confirmed that King David really lived and that the prophet Jeremiah did too. The article contained one archaeological hint that something Exodus-like might have once happened, perhaps some time between 1500 BCE and 1200 BCE — a silver-plated bronze calf had been found in 1990 near the Gaza Strip, which some scholars thought was a reference to the golden calf of the Bible — but in general, no proof of Moses’ existence had yet been discovered:

Still, others defended the story: perhaps the Egyptians wiped their defeat from their historical record; perhaps the archaeologists were looking in the wrong place. As Ishaan Tharoor has noted over at the Washington Post, some scholarship has suggested that perhaps a Moses-like figure did live, but that he wasn’t Moses-Moses; he could have been Egyptian, for example.

As TIME noted almost exactly 40 years ago, that may not matter in the end. After all, those who think Moses once lived “never needed such corroboration” — and those who already plan to see Exodus likely feel the same way.

Read the 1974 cover story here, in the TIME Vault: How True Is the Bible?

Read the 1995 cover story here, in the TIME Vault: Is the Bible Fact or Fiction? 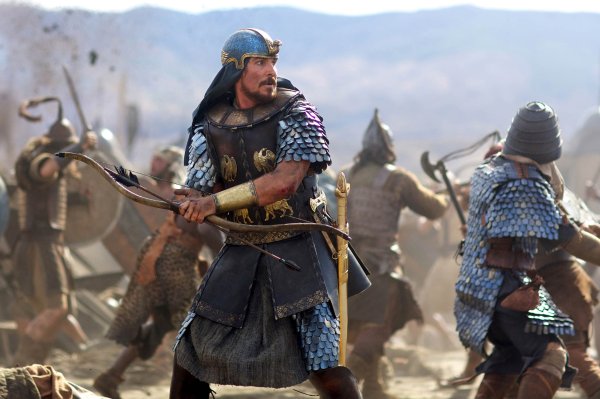 How Ridley Scott's Exodus Strays From the Bible
Next Up: Editor's Pick