Torture Debate Once Again Hinges on a 'Ticking Time Bomb'

The lobby of the CIA Headquarters Building in McLean, Va.
Larry Downing—Reuters
By Denver Nicks

In the debate over the government’s use of so-called enhanced interrogation techniques to question terror suspects the classic scenario put forth to defend torture is the “ticking time bomb.” Throughout the 2000s, torture proponents raised the specter of an imminent attack on innocent Americans to argue that coercive tactics might not just be permissible but morally necessary.

In the wake of the release of a Senate report critical of the Central Intelligence Agency’s use of torture the metaphor has returned with a vengeance.

In summarizing the findings Tuesday on the floor of the Senate, Democratic Sen. Dianne Feinstein of California said that Senate investigators never found a single instance of it happening.

“At no time did the C.I.A.’s coercive interrogation techniques lead to the collection of intelligence on an imminent threat that many believe was the justification for the use of these techniques. The Committee never found an example of this hypothetical ticking time bomb scenario,” she said.

But in an op-ed published in the Wall Street Journal online shortly after Feinstein began speaking, six former directors and deputy directors of the CIA argued that was too narrow of a reading of what a “ticking time bomb” means.

In the aftermath of the Sept. 11 attacks, former directors George Tenet, Porter Goss and Michael Hayden wrote that the CIA “had evidence that al Qaeda was planning a second wave of attacks,” that Osama bin Laden had met with Pakistani nuclear scientists and reports (which turned out not to be accurate) that nuclear weapons were being smuggled into New York and evidence that al Qaeda was trying to manufacture anthrax.

“It felt like the classic ‘ticking time bomb’ scenario—every single day,” they wrote.

On page 181, the Senate report notes that the “ticking time bomb” was also used as a justification by former Assistant Attorney General Jay Bybee in a response to a Department of Justice report. Bybee stated that “the ‘ticking time bomb’ that could justify the necessity defense was, in fact, a ‘real world’ scenario,” arguing that convicted terrorist Jose Padilla was believed to have planted a dirty bomb when he was captured, an account Senate investigators say was “inaccurate.”

According to The New Yorker, the “ticking time bomb” conceit first appeared in a 1960 novel about the counterinsurgency tactics France employed in defending its occupation of Algeria—a fictionalized account that does not appear to have been based in actual events. The scenario enjoyed its greatest notoriety as the central plot device for every season of the fictional show 24. But Senate investigators say that’s where it remains — in the realm of fiction. 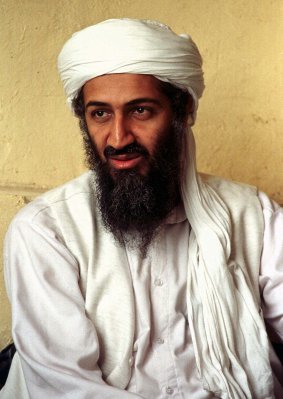 The Fight Over The Hunt For Bin Laden
Next Up: Editor's Pick