CIA Misled Congress About Use of Religion, Torture Report Says

The lobby of the CIA Headquarters Building in McLean, Va.
Larry Downing—Reuters
By Elizabeth Dias

The CIA did not give accurate testimony to Congress about how it used religion during its interrogation of detainees, according to a Senate report released today.

The report lists inaccurate CIA testimony to the Senate Select Committee on Intelligence and describes the incongruencies in a lengthy chart in Appendix 3. One of the sections is titled “The Religious Foundation for Cooperation,” and is found on pages 485-86.

CIA director Michael Hayden testified on April 12, 2007, that an interrogation technique was to “burden” detainees in the name of Allah, or to convince them that Allah has given them the freedom to speak during interrogations:

But CIA records, according to the Senate report, contradict this testimony. “CIA records do not indicate that CIA detainees described a religious basis for cooperating in association with the CIA’s enhanced interrogation technique,” the report says on page 485.

The report also guts the testimony of a CIA officer who testified in 2007 that a Abu Zubaydah thanked him for this religious burdening: “I will continue to be the religious believing person I am, but you had to get me to the point where I could have absolution from my god to cooperate and deal with your questions,” the officer testified, as explained in Footnote 2646. “So he thanked us for bringing him to that point, beyond which he knew his religious beliefs absolved him from cooperating with us.”

In reality, the report says, Abu Zubaydah “prayed his ‘Istikharah’ (seeking God’s guidance) and was now willing to tell what he really knew,” and “that he had received guidance from God” to cooperate to “prevent his captured brothers from having a difficult time,” and so there are no CIA records to support the officer’s testimony. 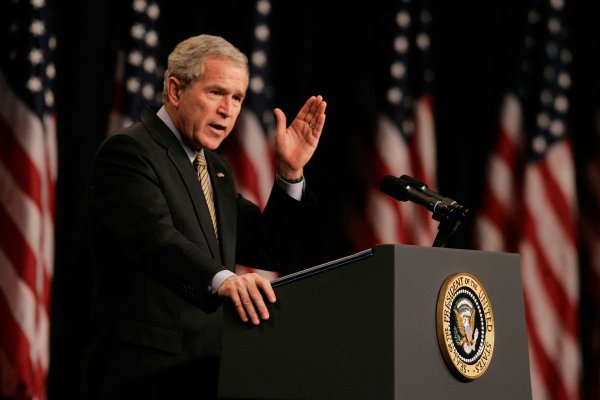 Here's What Made George W. Bush Uncomfortable About Torture
Next Up: Editor's Pick