Read the TIME Story That 'Concerned' the CIA on Torture

About two hundred pages into the newly released summary of the Senate’s report on interrogation techniques used by the CIA, the fact-checking procedure for a Sept. 6, 2006, speech by President Bush is closely parsed. In the speech, Bush stated that the interrogation procedures in question had helped the CIA capture top terrorists like Khalid Sheikh Mohammed. However, questions quickly arose over whether important information had actually come from interrogation, or if it had been found out through other methods.

One of the responses to the speech mentioned in the Senate Report is a 2006 TIME article, “The Unofficial Story of the al-Qaeda 14.” The CIA, the Report states, “was concerned about an article by Ron Suskind in Time Magazine that also challenged the assertions in the speech about the captures of Ramzi bin al-Shibh and KSM.” (Other TIME articles cited in the Senate report are a 2002 story about an attack in Bali and a 2011 interview with Jose Rodriguez, the former head of the CIA’s Counterterrorism Center.)

Read the full article, free of charge, here in TIME’s archives: The Unofficial Story of the al-Qaeda 14. Follow Suskind at www.ronsuskind.com and @RonSuskind. 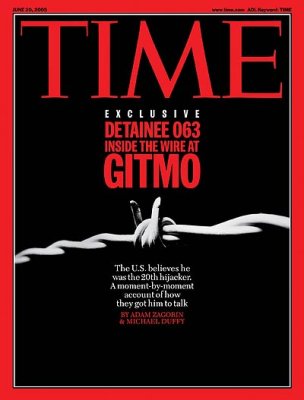 The Roots of the Torture Debate
Next Up: Editor's Pick