A Yemeni mother holds her malnourished infant at a therapeutic feeding centre in the capital Sanaa on December 9, 2014. Over one million Yemeni girls and boys under 5 suffer from acute malnutrition, including 279,000 who suffer from severe acute malnutrition (SAM), in a situation exacerbated by political instability, multiple localized conflicts and chronic underdevelopment, according to UNICEF.
MOHAMMED HUWAIS—AFP/Getty Images
Ideas
By Bjørn Lomborg
Bjorn Lomborg is president of the Copenhagen Consensus Center, a think tank ranking the smartest solutions to the world's biggest problems by cost-benefit.

In a world where there are so many worthwhile targets demanding our attention, we need to focus on those for which we have the best chance of doing the most good. How about saving more than 14 million newborns by 2030? That’s a pretty eye-catching figure, but one which the author of a new analysis for the Copenhagen Consensus believes is not only achievable, but also highly cost-effective.

Günther Fink, from the Harvard School of Public Health, is a one of more than 60 expert economists my think tank has asked to make the case for a wide range of key targets that the world’s governments and the UN are currently debating, the so-called Sustainable Development Goals. These will shape global progress over the next 15 years, so it’s important to get them right.

Is it really possible to make such a dramatic difference in the survival of newborn babies? Past experience would suggest that it is. UN figures show that nearly 18 million children round the world died before reaching the age of 5 in 1970, while in 2013 that figure had come down to just above 6 million. This is still way too high, of course, but it’s nevertheless a very impressive figure when we realize that the number of children born annually has increased during those 40 years. The headline is that the number of under-5s dying per 1,000 live births fell from 142 to 44, a 70% drop.

The problem is that the more progress you make, the harder the remaining targets are to reach. Much of the progress in controlling infant mortality since 1970 has been in areas such as controlling infectious diseases and improving nutrition. Progress in this should and will continue, but this won’t be as rapid as before. It’s a sobering thought that, with the current birth rate, under-5 mortality would still exceed 4 million each year even if all infectious diseases were eradicated. One of the biggest challenges going forward will be providing high quality care to newborns, particularly to those born too early and with low birth weight. Deaths in the first seven days after birth are virtually one-third of all under-5 deaths, and premature birth is the biggest single cause, accounting for half of these.

As well as the perils of prematurity, birth complications and sepsis are significant causes of deaths of young babies. Proper care can have a really big impact, but it costs money to build more clinics and train and pay more doctors and nurses: about $17.3 billion a year to hit the target of a 70% reduction in neonatal deaths, according to estimates. That sounds like a lot, but the benefits are much bigger at more than $120 billion annually. Using standard health economics methodology, every dollar invested yields $9 in benefits.

Reducing infant mortality is not the only good target, of course. One that gets a lot of attention is access to contraception, which enables women to have children when the time is right for them, gives them better employment prospects and enables them to invest more in their children’s future. A dollar spent on this could pay back perhaps 120-fold.

But while family planning is high profile, there are other good ways for the international community to invest in women’s health. This was analyzed in another paper from Dara Lee Luca and colleagues from Harvard University. The fourth most common cancer among women globally is cervical cancer, with half a million cases diagnosed annually and more than 200,000 deaths each year. Eighty-five percent of cases occur in the developing world, where it is the second deadliest cancer among women, after breast cancer. Its impact is particularly great because it also affects younger women who are raising and supporting families.

Fortunately, many of these cases are preventable, because nearly all are associated with a viral infection, and a vaccination is available. The vaccine is more expensive than most and three doses are needed, but in total, a course of treatment in developing countries would cost $25 per girl. Vaccinating 70% of girls in one cohort throughout most of the developing world would cost about $400 million and would save 274,000 women from dying, often in the prime of their lives, from cervical cancer. For each dollar spent, we would do more than $3 worth of good.

Health is obviously high on everyone’s agenda, but the escalating costs in rich countries shows there are no easy answers. Choosing the best targets for the international community to support between now and 2030 is going to be important if we are to do the most good with the resources available. Dealing with neonatal deaths and cervical cancer could be two of the smart targets we should choose.

Bjorn Lomborg is president of the Copenhagen Consensus Center, a think tank ranking the smartest solutions to the world’s biggest problems by cost-benefit.

Write to Bjørn Lomborg at david@copenhagenconsensus.com. 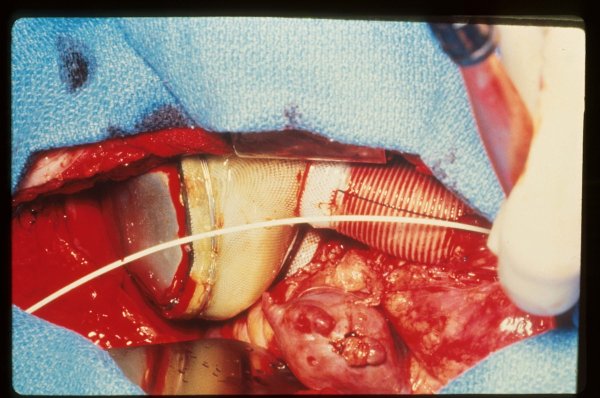 Plastic and Permanent: The Artificial Heart's Debut
Next Up: Editor's Pick