Drinking alcohol is generally a good thing to do before and/or during a long flight. (Just remember not to get too trashed because you’ll cause problems.) Sadly, though, in-flight adult beverage options tend to be pretty disappointing. This week, however, Delta Airlines passengers will have a new option: craft beer.

Yup, Delta will soon be serving beer from the following craft breweries:

Has craft beer — the sweet, sweet nectar of urban hipsters trying to impress their friends who are in town for the weekend — officially jumped the shark? No, worse. It has boarded a plane and flown over the shark.

So, the next time that one co-worker of yours who, at an awkward group happy hour, raises an eyebrow at your Yuengling and snidely remarks, “I only drink craft beer,” you can be all, “Oh, like the kind they serve on planes?” 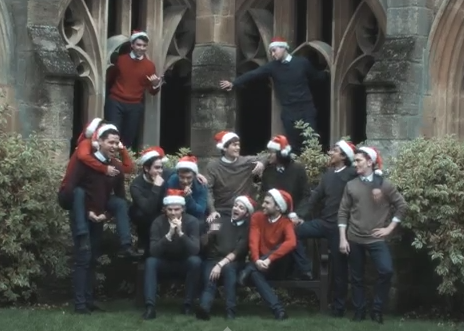 Watch Oxford University's All-Male A Cappella Group Sing 'All I Want for Christmas Is You'
Next Up: Editor's Pick