Tech Tips To Keep Your Kid's Belief in Santa Alive

It’s that time of year! There’s a chill in the wind, bells in the air, eggnog on the menu and a strong probability that your kid will pick up The Truth About Santa on the mean city streets or in a first grade classroom.

Yes, Virginia, there is a chance that some December you’ll send your child to school and have his beliefs in Santa crushed right out of him by some truth-speaking sibyl spreading the gospel of disbelief on the lower school playground. While preschoolers and kindergartners are usually insulated from these malicious magic-busters, because most of the tiny tikes still believe that Jolly Old Saint Nick keeps track of who’s naughty and nice in some massive Google doc at the North Pole, first or second graders are a different story. When kids leave the cots of kindergarten, the ranks of the True Believers start to thin.

As much as some parents (myself very much included) want to keep the magic of the season alive, kids these days are a wily lot, seemingly born with a natural sense of skepticism about anything that’s not plugged into the World Wide Web. Luckily, there’s technology that can help parents keep even the savviest youngsters believing in Santa just a little bit longer.

In a holiday twist on the internet classics of corgi cams, pitbull puppy cams, and sloth cams, this handy website shows a steady stream of Santa’s reindeer just chilling out in their barn at the North Pole. Youngsters can watch the reindeer eat, drink and be merry while preparing for their big night pulling Santa’s sleigh. They can even wait for Santa to make a live appearance at regularly scheduled times.

iHeartRadio just launched a new radio station hosted by DJ Santa Claus playing Christmas favorites all day long. Between Vince Guaraldi classics and modern twists on carols, Santa and his elves provide commentary between songs. Plus, there’s a call-in phone number (929-BIG-ELF1) for kids to leave their Christmas requests, which Santa will be playing and responding to all month long.

This one blew my kid’s mind last year and I fully plan on using it again. This free app uses your phone’s video camera to superimpose Santa into your very own living room in just a few quick steps of technological magic. You simply open the app and follow the directions that include filming for a few seconds, applying some easy-to-operate effects and you suddenly have indisputable proof that Santa exists. (Just don’t ask me how it works!)

For more than 50 years, the North American Aerospace Defense Command (NORAD) and its ominous-sounding predecessor, the Continental Air Defense Command (CONAD) have tracked Santa’s Christmas Eve flight ever since a local media ad encouraged children to call Santa directly, but misprinted the number. Instead of reaching Santa, the phone rang through to the crew commander on duty at the Continental Air Defense Command Operations Center. The rest is history. Now, kids around the world can follow Santa’s flight on NORAD’s website, which has been translated into eight languages: English, French, Spanish, German, Italian, Japanese, Portuguese, and Chinese. There’s also a mobile version, a holiday countdown, games and daily activities.

This website is awesome, but it does require an ability to stomach uploading personal information. Enter some details about your child (first name, age, city, Christmas wish) and Santa will deliver a personalized message that will bring a smile to your kid’s face. I have done the free version for the last three years, but fudge my son’s birth date, don’t upload a photo, and don’t enter credit card information. The result is a video that is magical enough—filled with elves, Christmas cheer and Santa reporting on your child’s behavior and relaying your little one’s Christmas wish while giving a tour of his North Pole workshop. It may be more magical with more information, but no one has stolen my kid’s identity yet. Sadly, there are enough scammers out there that we all need to be careful.

There are several ways to have Santa remind your child to stay on his good side until Christmas. There’s the Calling Santa app, the Parents Calling Santa app and the Video Calls with Santa app all of which let kids have a little chat with the Big Man himself. But again, be careful with your personal information. These apps probably work best on younger children who are less likely to question Santa’s internet connection. There’s also Christmas Dialer, which you can use to deliver a message from either Santa or one of his elves. A pre-recorded message is free, but premium ones cost money. This also works for unsettling your grown friends who might be wondering why an elf will be watching over them each night.

The search giant has launched its annual Santa Tracker, which, like NORAD, maps Old Saint Nick’s Christmas Eve travels. The site is also acting as a digital advent calendar unlocking new games and activities each day as we countdown to Christmas.

For the truly tech-savvy kid, Santa is tweeting @Santa and there’s no doubt he’s in touch with what’s hot with kids these days. 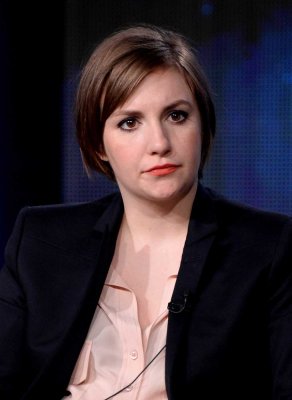 Lena Dunham Defends Writing on Past Sexual Assault
Next Up: Editor's Pick