The League Renewed for 7th and Final Season

The cast and crew of "The League" attend the premiere and launch party for FXX Network's "It's Always Sunny In Philadelphia" and "The League" at Lure on Sept. 3, 2013 in Hollywood.
Mark Davis—Getty Images
By Nolan Feeney

It’s game over for The League.

The FX/FXX series about a fantasy football league announced that it was returning for a seventh season — but that the new season would also be its last, Deadline reports. The final 13 episodes will begin airing in the fall of 2015.

Ratings for its sixth season had only slightly declined compared to the previous season.

“Most players in the NFL don’t make it to seven seasons, and most TV shows even less so,” said Jackie Marcus Schaffer, who co-created the show with her husband, Jeff. “We want to thank FX Networks and all our Eskimo brothers and sisters. NFL teams would be lucky to have fans as diehard as ours.” 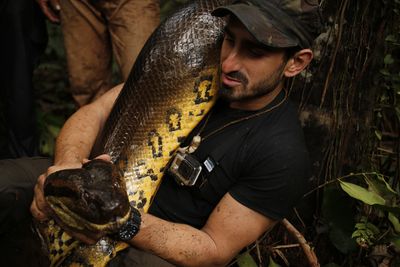 Eaten Alive is Discovery's Most-Watched Nature Show in Years
Next Up: Editor's Pick