The American Film Institute has named its top ten films of the year — and this year, there are eleven of them.

Due to a tie in the voting, eleven films were cited by the film-preservation body as the year’s best. The films include nearly every movie that’s come up as a contender for best picture at the upcoming Academy Awards, including critics’-award favorite Boyhood and several films, including Clint Eastwood’s American Sniper, Ava DuVernay’s Selma, Rob Marshall’s Into the Woods, and Angelina Jolie’s Unbroken, that have yet to open in theaters.

Other honorees include, in alphabetical order:

Insofar as the citations provide boosts to any films, it’s to Nightcrawler and Whiplash, both of which have been far more robustly praised for individual performances (Jake Gyllenhaal’s as a squirrelly crime reporter in the former, J.K. Simmons’s as a brutal music teacher in the latter) than for the whole; Into the Woods, too, had yet to receive praise this lofty. An AFI citation can be proof more of a film’s buzz in the moment than its staying power among Hollywood insiders (last year saw citations for Inside Llewyn Davis, Saving Mr. Banks, and Fruitvale Station, all generally ignored at the Oscars; the year before saw an honor for The Dark Knight Rises, another Nolan blockbuster that the Oscars spurned).

But in itself, the AFI Top Ten, a non-competitive honor that rewards films as a whole rather than its component parts, is a relative breath of fresh air without must awards-season tsuris, and not just because, this year, it’s hard to think of a film that got left out. 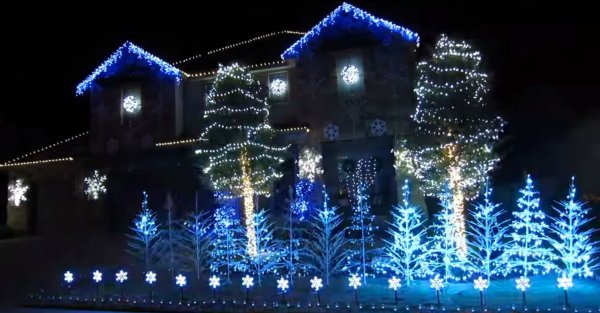 Frozen Meets Christmas Vacation With Lights Synched to 'Let It Go'
Next Up: Editor's Pick