AFI Names Best TV of 2014, From The Americans to Transparent

Another hour, another best-TV-of-the-year honors. A while ago I posted about Fargo winning the Hitfix 2014 TV poll, in which I (and many other critics) participated. This year I also voted in another, quite different TV awards, from the American Film Institute (which apparently also honors some upstart genre known as “movies”).

Unlike the Hitfix poll, the AFI awards are decided by a jury of critics, academics and TV professionals. (Among our crew this year was Vince Gilligan, who had no dog in the fight a year in between Breaking Bad and Better Call Saul.) Also unlike that poll, and most others, it doesn’t rank its finalists in order (which I wouldn’t either if TIME didn’t require it). We just watch our shows, argue for our favorites, complete a ballot, and publish a civilized, alphabetical list. This year, those ten shows were:

Exactly half of those shows were on my own top ten list, and almost all the rest came close. (Except for How to Get Away With Murder, which I don’t think is quite there but is definitely a hell of a lot of fun.) The AFI also considers only scripted TV, so one of my picks for TIME, Last Week Tonight With John Oliver, was ineligible. But even if I didn’t vote for each of these shows, I like the range they represent, in genre, style and format. (Though in a sign of the times, there are only two broadcast network shows–the same amount as shows from online streaming services.)

As usual, it was a fun process that helped me sort through my own feelings about the past year in TV. As for yours, feel free to quibble or offer up your own list in the comments. Alphabetization optional. 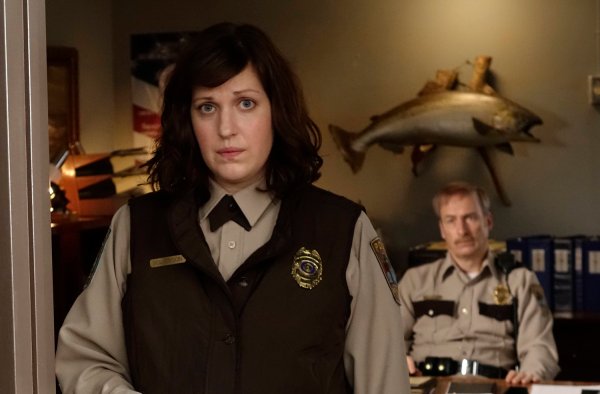