For those who don’t relish the thought of being forced to make out with a table mate over a plate of garlic parmesan buffalo wings, TGI Friday’s “mistletoe drone” promotion was conceptually flawed from the get-go.

How could we have known, though, that the real reason why mistletoe drones shouldn’t exist is because they will literally cut the tip of your nose off.

Brooklyn Daily photographer Georgine Benvenuto’s face was on the receiving end of a grinch-like “Mobile Mistletoe” drone when its spinning blades “literally chipped off a tip of my nose,” she told the publication, apparently while triaging her bleeding nose. “It took off part of my nose and cut me here, right under my chin.”

According to Brooklyn Daily:

The operator was unconcerned, telling Brooklyn Daily, “If people get hurt, they’re going to come regardless. People get hurt in airplanes, they still fly.”

Just remember that ethos next time you are taking a dronie or getting drone bottle service at the club.

TGI Fridays told TIME in a statement, “This was an isolated event during a demonstration for the reporter and photographer only, given by the licensed operator of the drone during the last day of this particular promotion. Of course, safety is our first priority and we are sorry that this isolated incident occurred.” 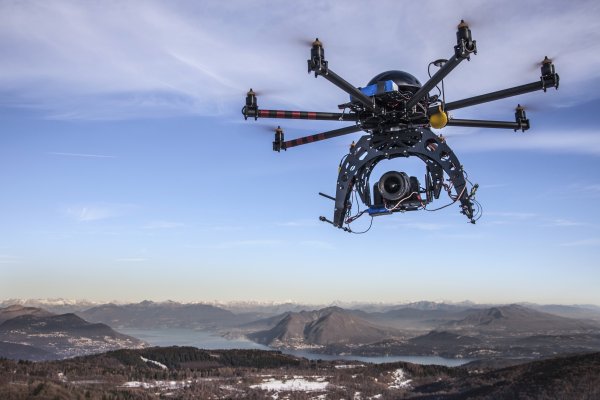