In this Thursday, Dec. 4, 2014, file photo, U. S. Attorney General Eric Holder speaks during a news conference before a roundtable meeting in Cleveland.
Tony Dejak—AP
By Maya Rhodan

While the Department of Justice is set to unveil some major changes to federal racial profiling guidelines on Monday, some civil rights groups worry they don’t go far enough.

The Justice Department is expanding on guidelines released in 2003 that prohibited profiling based on race and ethnicity. Now, anti-profiling protections in federal law enforcement operations include national origin, religion, sexual orientation, gender and gender identity. The guidelines also apply to both federal law enforcement agents and state and local agents on federal task forces.

But some carve-outs—such as screenings and inspections by the Transportation Security Administration and U.S. Customs and Border Protection—have raised eyebrows among groups including the American Civil Liberties Union, Muslim Advocates and the Sikh Coalition.

“It’s baffling that even as the government recognizes that bias-based policing is patently unacceptable, it gives a green light for the FBI, TSA, and CBP to profile racial, religious and other minorities at or in the vicinity of the border and in certain national security contexts, and does not apply the Guidance to most state and local law enforcement,” said Laura Murphy, the director of ACLU’s Washington legislative office.

Muslim Advocates, a faith-based legal and educational advocacy organization, echoed those sentiments. “While these changes are welcome,” a statement reads, “it is difficult to see how the guidance will improve the lives of law-abiding American Muslims who are singled out and targeted based on their faith, not evidence of wrongdoing, by the FBI, Customs and Border Protection, and other law enforcement agencies.”

The Department of Justice guidelines do not apply to activities conducted by military, intelligence or diplomatic personnel. Border screening activities are also not covered, which has been of particular concern to civil rights groups.

After 9/11, sweeping counterterrorism efforts were imposed that led Arab and Muslim Americans—and some perceived to be Muslim or Arabic such as South Asians and Sikhs—to feel singled out and profiled by the federal government. A 2009 ACLU and Rights Working Group report found that Arabs, Muslims and South Asians “have been disproportionately victimized through various government initiatives” including FBI surveillance, questioning, airline profiling and no-fly lists.

“It’s important to remember that DOJ is one agency and DHS is another,” says Margo Schlanger, a University of Michigan law professor and former DHS officer for civil rights and civil liberties.

In fact, the Department of Homeland Security issued its own guidelines on profiling in 2013. Under that policy, DHS personnel are only permitted to use race or ethnicity as a factor “when a compelling governmental interest is present, and only in a way narrowly tailored to meet that compelling interest.” Still, the DOJ’s new anti-profiling requirements apply to some DHS activities including civil immigration enforcement, Coast Guard, air marshal, and border patrol activities away from the border.

Border and transportation security screenings and inspections, however, remain among the few activities that are excluded. The Department says they will be reviewing the activities not covered by the guidance “to ensure we are including every appropriate safe guard and civil rights protection in the execution of those important security activities,” according to a fact sheet.

“The DHS policy is a little different, but it’s not unregulated,” Schlanger says. “The challenge for both DHS and DOJ going forward is going to be implementation.”

Implementation will be key, too, for both agencies in the ongoing effort to restore faith between law enforcement and minority communities. The nation is at a critical moment in terms of race relations, particularly as it relates to interactions with law enforcement. As protests to grand jury decisions not to indict two white police officers involved in the deaths of unarmed black men in New York and Ferguson, Mo., continue, the Obama Administration has made a point to draw attention to the issue of community policing. Attorney General Holder, who hopes the new guidelines represent one of his signature accomplishments.

“Our police officers cannot be seen as an occupying force disconnected from the communities they serve. Bonds that have been broken must be restored. Bonds that never existed must now be created,” Holder said during a recent trip to Atlanta. 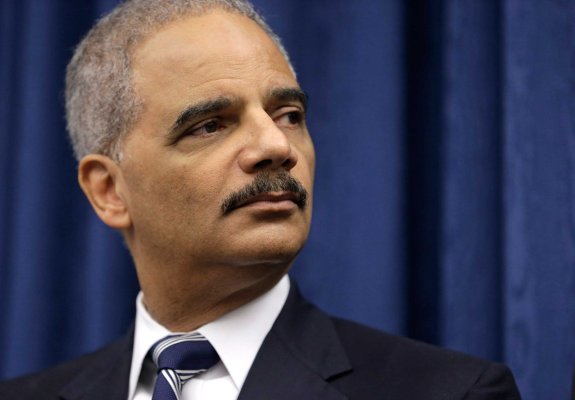