The Other Reason Canned Food Is Raising Your Blood Pressure

If your food or drink comes out of a can, chances are it’s not the healthiest choice for your blood pressure (thanks to all that salt preserving your beans, for example.) But the latest research suggests there may be another reason to avoid canned goods. In a study published in Hypertension, researchers from South Korea found that drinking from cans, many of which have linings that contain the chemical bisphenol A (BPA), can raise blood pressure by 16 times compared to drinking from glass bottles.

The data isn’t the first to implicate BPA as a potential health hazard. Previous studies have connected the chemical, which can be found in plastics, the linings of cans and coating some cash register receipts, to disruptions in reproductive hormones such as estrogen, as well as a higher risk of asthma, obesity and disruptions in brain development in children. Exposure is almost unavoidable. Most studies show that people living in the U.S. have high exposures to BPA, and the chemical has been found in the urine of more than 95% of adults. One study found that eating canned soup for five days in a row can boost BPA levels in the urine by more than 1,000% compared to those eating soup prepared with fresh ingredients.

But those studies have compared different populations of people at different times. The Korean scientists decided to study the same group of 60 older people who drank the same beverages from both cans and glass bottles. Because the same people were being studied, it was unlikely that other factors that can affect BPA concentrations were influencing the results.

Senior author Yun-Chul Hong from the department of preventive medicine and the environmental health center at Seoul National University and his colleague found that the containers the drinkers used made a big difference in their BPA levels. Each was given two servings of soy milk during each of three visits. The milk was served in either two cans, two glass bottles, or one can and one glass bottle. The volunteers’ urine BPA levels were lowest after drinking from the two glass bottles, and highest after consuming milk from the two cans.

This difference translated to a change in 5 mmHg in blood pressure. Hong notes that an increase of 20 mmHg doubles the risk of heart disease, so the rise from BPA exposure is concerning.

MORE: BPA Linked with Obesity in Kids and Teens

“Because hypertension is a well-known risk factor for heart disease, our study showing the link of BPA exposure to elevation in blood pressure strongly suggests that BPA exposure may increase the risk of heart disease,” Hong writes in an email discussing the results.

When doctors evaluate patients for high blood pressure, asking them how many canned products they consume may be worthwhile, since the exposure to BPA from those containers could be pushing their blood pressure higher. “Clinicians and patients, particularly hypertension or heart disease patients, should be aware of the potential clinical problems for blood pressure elevation when consuming canned foods or using plastics containing BPA,” Hong says. And if you have a choice of getting your vegetables from the preserved aisle or the produce aisle, it might be better for your heart to kick the can. 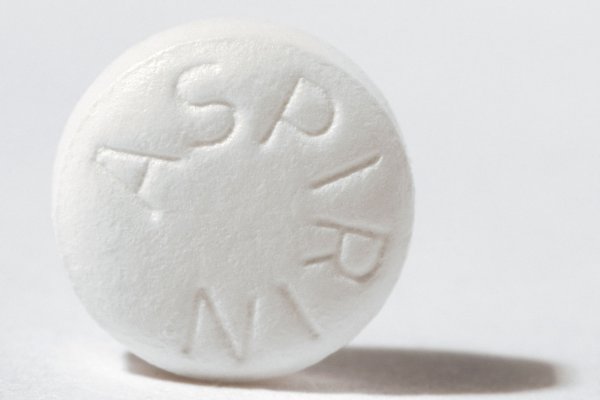 Daily Aspirin May Not Prevent Heart Attacks
Next Up: Editor's Pick