Samaria Rice the mother of Tamir Rice, the 12-year old boy who was fatally shot by police speaks during a news conference at the Olivet Baptist Church in Cleveland on Dec. 8, 2014.
Aaron Josedczyk—Reuters
By Justin Worland

The family of Tamir Rice, a 12-year-old shot and killed by Cleveland police last month, said at an emotional press conference Monday that prosecutors should indict the responsible officer without consulting a grand jury. They were joined by attorney Benjamin Crump, who represented the families of Michael Brown and Trayvon Martin and now represents the Rice family.

Crump said there is sufficient evidence to allow the prosecutor to act without a grand jury. “The family is very distrustful over whether the local authorities will indict a police officer,” said Crump, citing the recent failure to indict the police officers who killed Michael Brown and Eric Garner, both unarmed black men.

Samaria Rice, the child’s mother, provided a detailed account of hearing the news about the death of her son and her subsequent engagement with the police. Officers threatened to place her in the back of the police car as she reacted to the death of her child, she said.

To bring justice for her son, Samaria Rice said her goal was “conviction.”

The shooting of Tamir Rice, who was playing with a toy gun at park nearby his house, was captured on video, and shows the officers opening fire on the child within seconds of arriving on the scene. 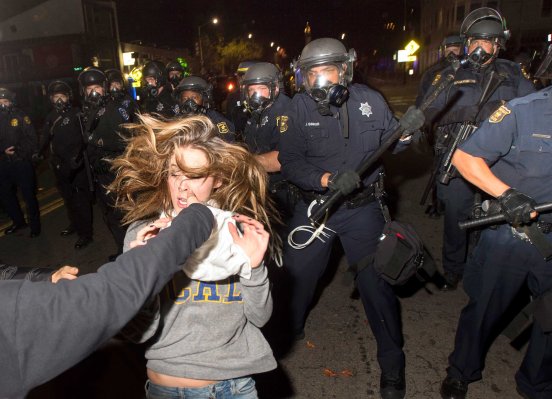 See the Violent Protests in California Over Police Killings
Next Up: Editor's Pick