Writer Aaron Sorkin attends the premiere of "The Newsroom" at DGA Theater in Los Angeles on Nov. 4, 2014.
Jason LaVeris—FilmMagic/Getty Images
By Eliana Dockterman

As if The Newsroom wasn’t already patronizing enough, the show spent its penultimate episode mansplaining how the media should handle accusations of sexual assault. One of The Newsroom characters is lionized for siding with what he calls a “sketchy” alleged rapist over a rape victim.

Critics say that head writer Aaron Sorkin went too far, and, as it turns out, at least one of Sorkin’s writers agrees. Alena Smith took to Twitter on Sunday night to say that Sorkin kicked her out of the writers’ room when she objected to the rape subplot:

For those who didn’t watch the episode, here’s a summary of the objectionable storyline:

A college student named Mary tells ACN producer Don that she was raped, reported the rape to both the college’s administration and the police and that nothing will be done about it due to lack of evidence. She creates a website where women can anonymously report rapes on campus in order to shame their assailants and warn other women about these men. (Though the show does not address this statistic, at least one study has found that 90% of men who rape will rape again and that perpetrators will assault six people on average.)

The line that launched a thousand think pieces this morning came when Don is asked which person he believes: the victim or the alleged perpetrator? Don concedes that Mary seems credible and would have no reason to lie and that her alleged assailant seems “sketchy” and does have motivation to lie. But he concludes, “I’m obligated to believe the sketchy guy.”

MORE: Listen Here, Internet Girl: The Newsroom Rapesplains It All

It’s an absurd statement. As TIME’s Jim Poniewozik writes, “Don’s not saying that he can’t know whom to believe yet. He’s not saying that he doesn’t have hard proof…He’s saying that, lacking proof, he has to affirmatively believe the story of one of his subjects–a less credible one–over the other. Forget journalists–many men’s rights movement advocates don’t even go that far.”

Don encourages Mary not to participate in an ACN segment in which she would be required to debate with her rapist—not because that would be traumatic and horrifying but because Don thinks it’s inevitable that Mary’s site will be used to make false rape accusations and ruin innocent men’s lives.

The question of false accusations is particularly prescient given the current debate over a Rolling Stone story on sexual assault on the University of Virginia campus and a subsequent apology from the magazine for “discrepancies” in the story. Only about 6% of rape allegations are fabricated, according to RAINN (the Rape, Abuse and Incest National Network). False reports only hurt real rape victims because journalists and law enforcement begin to doubt their stories.“Overwhelmingly, victims are telling the truth,” Scott Berkowitz, the president of RAINN, recently told TIME. “But by all means, journalists should ask all the questions they need to ask in order to get the facts.”

But instead of finding the facts, Don skirts the story altogether. It’s easy to see why Smith objected to the scene.

On Monday afternoon, The Newsroom’s Aaron Sorkin responded to the objections raised by Smith with a long statement: 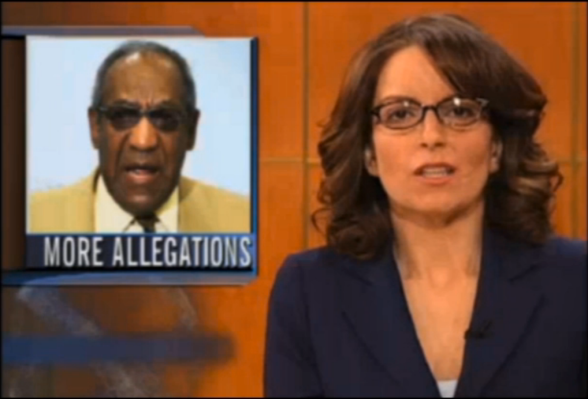 Watch Tina Fey Joke About Bill Cosby Rape Allegations on SNL in 2005
Next Up: Editor's Pick