The 8 Most Impressive Video Game Reveals You Missed This Weekend

Whatever you thought of this weekend’s debut Game Awards, it lured a sufficient number of respectable game studios, who brought with them more than a few intriguing announcements and never-before-seen trailers. Multiply by all the new material Sony trotted out at its first ever PlayStation Experience (also this weekend), and the ordinarily news-lethargic first weekend of December turned out to be full of surprises.

Here’s a look at the most impressive announcements and trailers from both shows:

Everyone’s comparing 505 Games’ Adr1ft to Alfonso Cuaron’s Gravity, because both involve someone in orbit floating through the wreckage of who-knows-what. Best case scenario? We’ll get to play a video game that one-ups Cuaron’s Gravity (which needlessly mangled basic scientific principles) by making rigorous physics per the hostile extremes of orbital space the game’s unremitting antagonist.

Drawn to Death is a “hand-drawn arena shooter.” That’s how The Bartlet Jones Supernatural Detective Agency studio lead David Jaffe describes it, anyway. It’s impossible to tell how (or whether) the game’s going to set its gameplay off from other arena shooters, but it certainly looks unique.

Alpha versions of The Forest have been playable since May on Steam, but the open-world survival game’s surprise confirmation for PlayStation 4 could signal a 2015 final release. In the game, you’ve survived a plane crash only to find yourself stranded in the wilderness who-knows-where, and observed by strange, debatably hostile, behaviorally nuanced (in unprecedented ways) humanoid creatures.

Hazelight–is it the name of the game and the studio?–was a monumental tease that offered no indication whatsoever about the sort of game two guys sitting on a boxcar having a smoke and moon-gazing amounts to. But it’s by one of the lead developers of Brothers — A Tale of Two Sons, and that alone makes the clip worth including here.

No Man’s Sky may turn out to be a gorgeously vast patina of a cosmic exploration game, given its claims of procedurally generated galactic play-space times infinity. No one’s yet come close to grappling with fundamental design paradoxes whereby escalating randomness correlates negatively with player interest (imponderable haphazardness = boundless blah). But we’re still in “imagine what if” mode, and this latest trailer offers new wrinkles for consideration: a planet with purplish protuberances and another with undulating topography, a two-legged Star Wars-ian robot/vehicle and walk-in warp points.

If you watch Tacoma’s trailer and think “Hey, Bioshock!” some of the game’s developers actually worked on BioShock 2. But given what they pulled off with Gone Home last year, I presume we’re in for something mind-bending. A lunar transfer station run/built by “Virgin-Tesla”? As in Richard Branson plus Elon Musk? Could we be in for another futurism-skewering interactive narrative?

So Uncharted 4 looks nuts, and I say that as someone who doesn’t give a hoot about graphics in games nowadays. Sony wanted to make an impression, and boy did it: there’s over 15 minutes of “yes, you’re really seeing what you think you’re seeing” impressing going on in this actual-gameplay-rendered-using-a-PS4 video. And check out the creepy prehistoric-looking jungle. All that’s missing: a cameo by King Kong.

If Mario Kart 8 and Super Smash Bros. saved the Wii U from oblivion, Zelda Wii U (we don’t know it’s official name yet) could be the game that clinches its comeback. It’s a shame Nintendo didn’t offer an alternative fullscreen view, but even watching this video of a video, it’s clear the new Zelda’s going to be vast–and judging from that quip about horses not running into trees, it’s aiming to remedy slipshod genre conventions (like heinous equestrian controls). 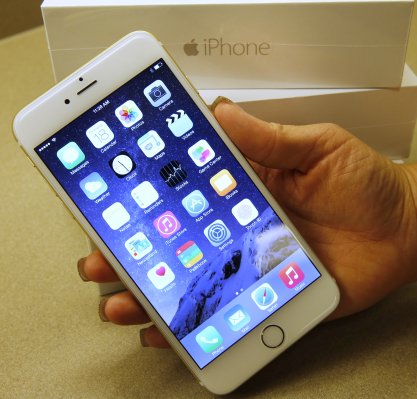