North Korea’s state-run media outlet said Sunday the country is not responsible for the Sony Pictures hack, in its most detailed response to the breach far.

The news agency KCNA also praised the cyberattack and said it may be the work of the country’s supporters. “The hacking into Sony Pictures Entertainment might be a righteous deed of the supporters and sympathizers with [North Korean] in response to its appeal,” Reuters quoted from the KCNA article.

Previous statements regarding North Korea’s involvement came from individual diplomats, one who denied the hack, and another who did not deny the hack.

The KCNA article further accused South Korea of “floating the false rumor that the North was involved in the hacking,” and warned the U.S. that “there are a great number of supporters and sympathizers with [North Korea] all over the world.”

North Korea is speculated to have conducted the hack as retribution for an upcoming Sony film, The Interview, whose leading characters, played by Seth Rogen and James Franco, are tasked with assassinating North Korean leader Kim Jong-un. The hack has exposed the personal data of several Hollywood stars as well as upcoming Sony films. 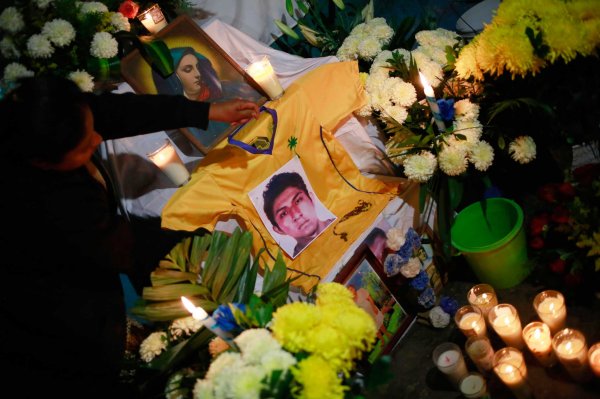 1 of 43 Missing Students ID'd
Next Up: Editor's Pick