A photo of Alexander Mora Venancio is seen at an altar in the house of his father in El Pericon, in the southern Mexican state of Guerrero, Dec. 6, 2014.
Jorge Lopez—Reuters
By Jack Linshi

Officials have identified the remains of one of 43 missing Mexican students whose disappearance in September sparked worldwide outrage over the country’s drug violence and corruption.

Mexican Attorney General Jesus Murillo Karam confirmed Sunday that a burned bone fragment discovered in a dump in Guerrero state, where the students were reported missing, contained the DNA of student Alexander Mora, the BBC reports. Mora is the first of the 43 missing students whose remains have been identified.

The missing students had been protesting Mexico’s hiring and funding policies, which they believed to be discriminatory, when they were rounded up by police officers and handed over to a drug gang, Karam said last month, citing an investigation’s findings. The gang then killed the students, incinerated their bodies and scattered their ashes into a river, Karam said.

News of Mora’s identification had originally surfaced on Saturday when his relatives posted a message on Facebook.

“If [the government] thinks that, because one of our boys’ DNA was identified, we will sit and cry, we want to tell them that they’re wrong,” said Felipe de la Cruz, a father of one of the missing students, to a crowd of demonstrators Saturday in Mexico City. “We will keep fighting until we find the other 42.” 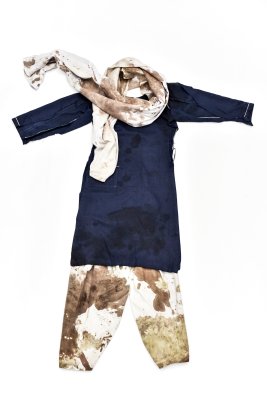