Chinese authorities arrested the nation’s former security czar Zhou Yongkang, once considered the most feared man in China, just before midnight on Dec. 5–the first ever arrest of a member of the nation’s ruling Politburo Standing Committee, retired or sitting.

The 72-year-old Zhou was also expelled from the Chinese Communist Party.

Zhou’s suspected rapsheet is extensive, according to Xinhua, the Chinese state newswire:

For months, the noose had been tightening around Zhou, who retired from the Standing Committee in 2012 due to age limits. Dozens of his known associates and underlings were arrested in three of his previous spheres of influence: the nation’s domestic security apparatus, which received more official funding than the Chinese military did; the highly lucrative state-owned oil industry; and the populous province of Sichuan.

Zhou’s family members, including his wife, brother and son, have been detained. Last year, Bo Xilai, a former Zhou political acolyte and ex-chief of Chongqing municipality, was sentenced to life imprisonment for corruption and other crimes.

Over the summer, the party had placed Zhou under formal investigation for “serious disciplinary violations,” a codeword for corruption. It was quite the comedown for a man who once controlled the nation’s panopticon state security machine.

Since taking office in 2012, China’s President Xi Jinping has unleashed an anti-graft campaign that has resulted in thousands of arrests of government officials. Xi famously promised to nab both “tigers and flies,” high-ranking leaders and the lowliest of communist cadres. And there was no mightier tiger than Zhou.

Xinhua reiterated how Zhou’s alleged misdeeds affected the sanctity of the Chinese Communist Party: “His behaviors badly undermined the reputation of the Party, significantly damaged the cause of the Party and the people, and have yielded serious consequences.”

Zhou will almost certainly be convicted, if past political investigations are any indication. But it’s still going to take a lot more than midnight announcements to convince a skeptical public that graft won’t flourish in China’s future. 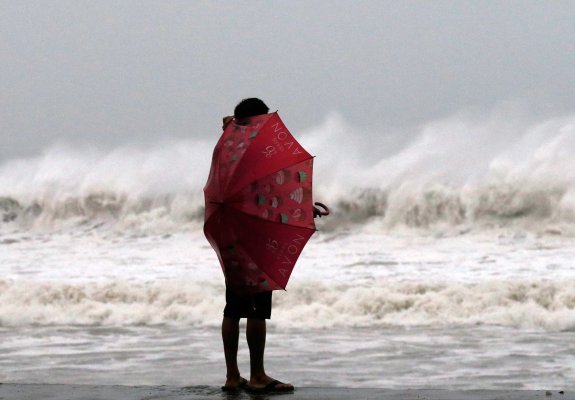