A file photograph made available Dec. 4 shows Luke Somers, a 33-year-old British born US journalist who was kidnapped by al-Qaeda's Yemen affiliate and was reportedly killed in failed rescue attempt.
Yahya Arhab—EPA
By Mark Thompson

U.S. hostage Luke Somers, held by an al Qaeda offshoot in Yemen for more than a year, was killed late Friday amid a U.S. rescue mission.

“There were compelling reasons to believe Mr. Somers’ life was in imminent danger,” Defense Secretary Chuck Hagel said. “Both Mr. Somers and a second non-U.S. citizen hostage were murdered by the al Qaeda in the Arabian Peninsula terrorists during the course of the operation.” The second victim was South African teacher Pierre Korkie.

President Obama issued a statement saying he’d authorized the rescue attempt after the terrorists holding him “announced Luke would be killed within 72 hours” on Wednesday.

“I’m looking for any help that can get me out of this situation,” Somers said in a video posted by his captors on YouTube the same day. “I’m certain that my life is in danger. So as I sit here now, I ask if there’s anything that can be done, please let it be done.”

The rescue raid, conducted by U.S. Special Forces, was the second acknowledged attempt to rescue Somers. Following the first attempt Nov. 25, Somers’ captors had said he would kill him if certain “well known” actions were not taken, and warned a second rescue attempt would lead to his death.

Hagel gave few additional details about the mission, other than to say it took place in central Yemen, “in partnership” with the Yemeni government.

Lucy Somers, Luke’s sister, told the Associated Press that the FBI told her of her brother’s fate. “We ask that all of Luke’s family members be allowed to mourn in peace,” she said.

Before the failed raid, the White House denied any suggestion that it had delayed the original rescue attempt to debate its risks. One hostage rescued in that mission said Somers had been moved from the initial raid site shortly before the rescue attempt took place.

Somers, a 33-year old freelance reporter, had been kidnapped in the Yemeni capital of Sana 15 months ago. 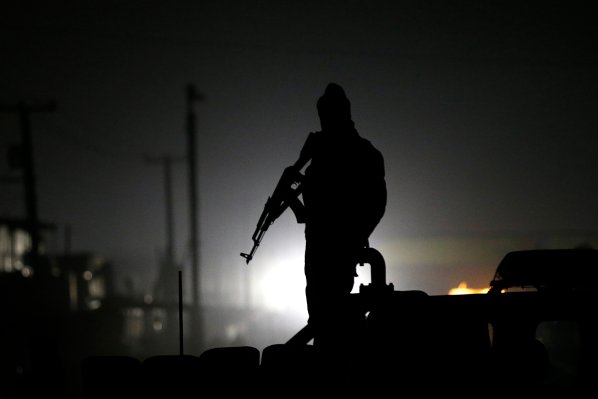 The Long, Hard Slog Continues
Next Up: Editor's Pick