Someone claiming to represent the hacker group Guardians of Peace sent emails to Sony Pictures employees in which they promised to bring about the “collapse” of the company. The message, sent by the self-described “head of GOP,” asked that employees join the hackers in denouncing Sony Pictures or suffer severe consequences.

“If you don’t,” the message said, “not only you but your family will be in danger.”

Variety, which obtained the email, also reported that Sony Pictures, after becoming aware of the message, told employees to turn off their mobile devices. There is no word on the number of employees who received the message.

“We understand that some of our employees have received an email claiming to be from GOP,” a Sony spokesman told Fortune in a statement. “We are aware of the situation and are working with law enforcement,”

In total, the e-mail is four paragraphs long, contains bad grammar, and goes on to attack Sony Pictures while promising further unspecified action. It’s unclear how many Sony employees received the message.

“[W]hat we have done so far is only a small part of our further plan,” the email said. “It’s your false [sic] if you if you think this crisis will be over after some time. All hope will leave you and Sony Pictures will collapse,” the e-mail reads.

The Federal Bureau of Investigation is also investigating the matter. In a statement to the Los Angeles Times, the FBI said it was aware of the threatening e-mails and that it will continue to investigate the cyber attack.

Little is known about Guardians of Peace, which the email’s author described as “a worldwide organization.” The group took responsibility for last week’s cyber attack, involved leaking numerous sensitive company documents and causing Sony Pictures to shut down its computer system. Among the documents released was salary information for thousands of Sony Pictures employees as well as documents containing thousands of passwords to company computers, social media accounts and even financial accounts.

Reports surfaced earlier this week that Sony Pictures was set to blame the government of North Korea for backing the cyber attack, but the country has denied any involvement. Kim Jong Un previously called Sony Pictures’ upcoming release of the film The Interview — a comedy that depicts an assassination attempt on the North Korean leader — “an act of war.” 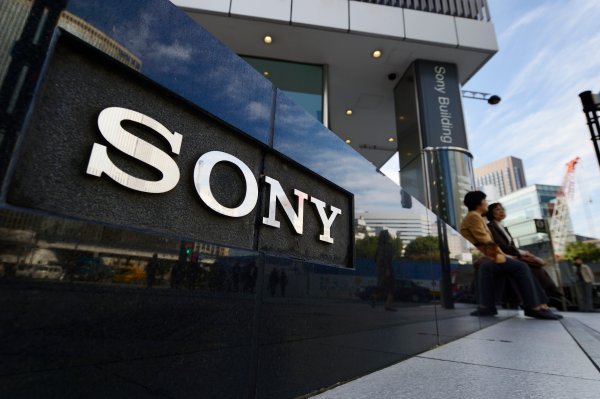 Report: Sony's Security Team Was Unprepared for Hack
Next Up: Editor's Pick