Two and a Half Men Is Finally Ending

The longest-running live-action sitcom currently on television is finally coming to a close. CBS has announced a series finale date for Two and a Half Men.

After 12 seasons, Men will conclude with a one-hour closer on Thursday, Feb. 19 at 9 p.m. Upon its completion, 262 episodes of Men will have aired. The series earned 47 Emmy Award nominations, with co-star Jon Cryer winning twice. For five years straight, the Chuck Lorre-produced comedy was the most-watched sitcom on TV (2005-2009). The enormously raunchy show survived multiple time slots and endless critical derision.

Moreover, the show soldiered on after even losing its top star, Charlie Sheen, in one of the most spectacular firings in the history of the medium when he left the series in 2011. Then Men lost saw the exit of longtime co-star Angus T. Jones last year after the actor trashed the show.

All the while, Men has occupied a unique spot in the landscape — a guilty pleasure seen by so many, yet a title that so few publicly admit to watching (if you judged TV series popularity by reading EW’s comment boards, you would think Men was a massive flop that keeps inexplicably getting renewed). You don’t find many long-running shows on a major broadcast network with episode titles like “I Scream When I Pee” and “Hookers, Hookers, Hookers.”

Men still has decent ratings — the season is currently averaging 10.1 million viewers and a 2.5 among adults 18-49. Yet series talent deals tend to get more expensive with each passing year, and Men has managed to stay alive since 2003.

Its finale date will mark the debut of a new comedy, CBS’ Odd Couple reboot starring Matthew Perry. The show potentially could be a successor of sorts to Men— it’s another male roommate sitcom. But it’s probably fair to say whether you openly hatedTwo and a Half Men, or secretly loved it, there probably won’t be another comedy quite like this one for a long time. 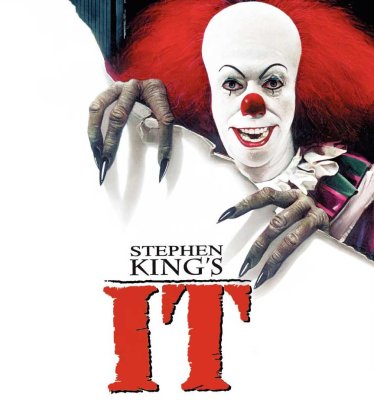 True Detective Director to Film Adaptation of Stephen King's It
Next Up: Editor's Pick